Turing Patterns in Biology and Beyond 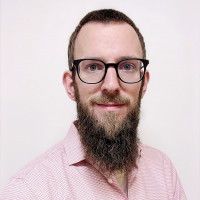 In his 1952 paper "The chemical basis of morphogenesis", Alan M. Turing presented a model for the formation of skin patterns. While it took several decades, the model has been validated, e.g. in the skin pattern formation of zebrafish. More surprising, seemingly unrelated pattern formations can also be studied via the model, like e.g. the formation of plant patches around termite hills. In 1984, David A. Young proposed a discretization of Turing's model, reducing it to a activator/inhibitor process on a discrete domain. In my talk, I will present both the model of Turing and its discretization. We will then consider a generalization to pattern-formation in three-dimensional space and investigate the related parameter space.