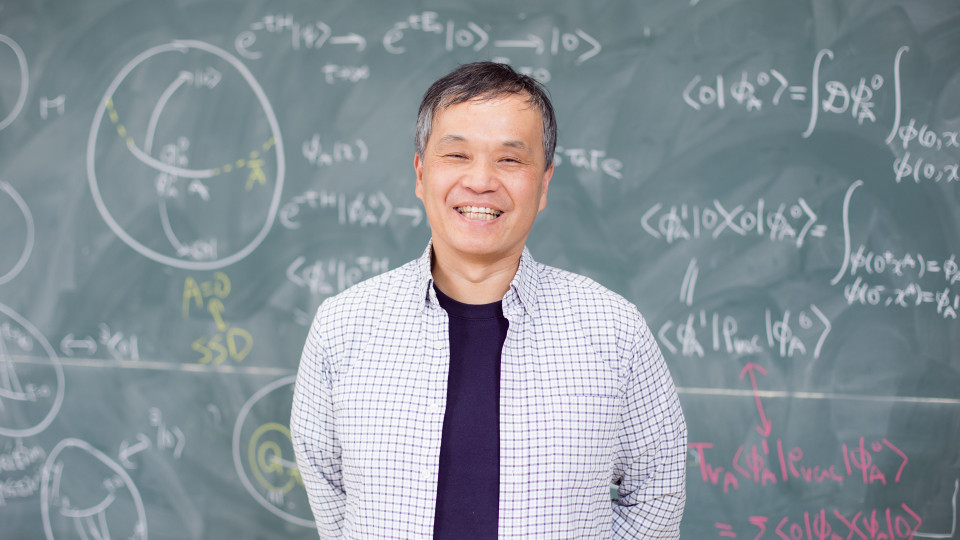 Albert Einstein once wrote, “The most incomprehensible thing about the universe is that it is comprehensible (Das ewig Unbegreifliche an der Welt ist ihre Begreiflichkeit).” Indeed. When I conduct research, there are sudden moments in which I can see through and comprehend the whole problem. Looking back on these moments, I always wonder, “How did I figure it out?” These kinds of moments remind me of Einstein’s observation.

Scientists at iTHEMS are making an effort to comprehend the whole universe despite their being a part of it. This may sound like an impossible task, but we are armed with powerful weapons, one of which is mathematics. Mathematics can show us the world we cannot see directly. Also, mathematics is a universal language among scientists that transcends national and disciplinary borders. Another weapon is the researcher’s curiosity. Scientists find the purest kind of joy in seeking and finding the truth, guided only by their own curiosity. My hope is that iTHEMS will be a place where many scientists can experience this joy.