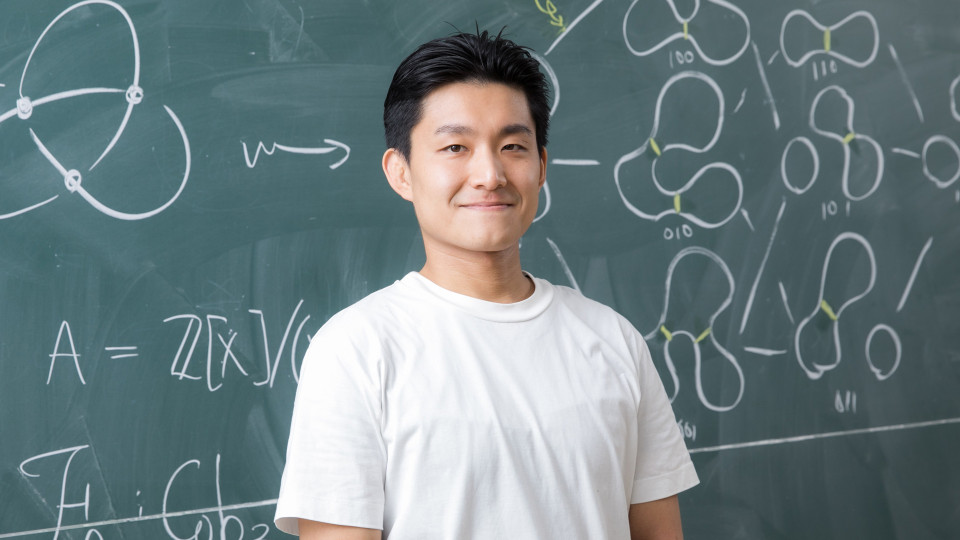 My name is Taketo Sano. I joined iTHEMS as a special postdoctoral researcher in April 2022 after I got the Ph.D. in mathematical sciences from the University of Tokyo. My research area is in low-dimensional topology and knot theory.

I am interested in the intersection of (or interaction between) topology and combinatorics. Spaces are inherently infinite and beyond direct computations, while their algebraic images (under some nice mappings) are usually more tractable, and in some cases algorithmically computable.

When one finds nice properties in the algebraic level, it is natural to expect that they are reflections of some hidden structures in the spacial level. My aim is to investigate the nature of the unseeable spaces through their algebraic images, by using theoretical tools (from algebraic topology, homotopy theory and category theory) together with computer powers.