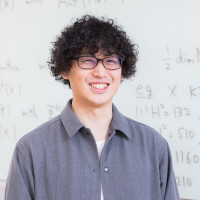 Abstract: In this talk, I would like to talk about certain invariants that look like dimension. This talk has independent two parts.