A dynamical proposal to resolve the cosmological constant problem

Our universe is observed to be expanding at an accelerated rate. The expansion is driven by some unknown object that has a constant energy density, thus called "cosmological constant" (a.k.a. dark energy). Since gravitational effects, which drive the expansion, do not discriminate any forms of matter/energy, this constant is expected to receive various contributions from high-energy physics. However, the observed value of the constant is smaller than the theoretical expectation by many orders of magnitute, the discrepancy called the cosmological constant problem. A mechanism has been proposed to cancel the large contributions by a classical dynamics in the early universe, but it essentially empties the universe altogether, not just the cosmological constant. We propose a concrete scenario that subsequently "reheats" the universe with energetic matter, thus completing the mechanism of the cosmological constant relaxation. 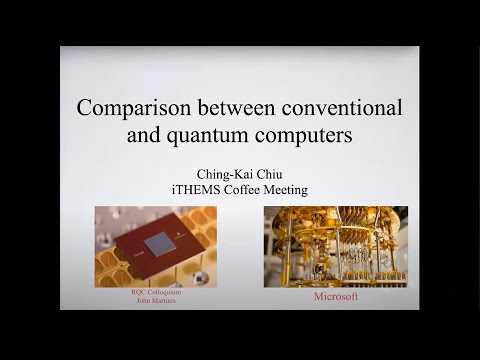 Generalized generating function for proportion values and its application

I will talk about a potentially interesting and useful methodology I partly devised, based on (probability) generating function methods.

XRP is a well-known crypto currency. In this talk, I will introduce the structure of weighted directed networks from XRP transactions.

Borromean nucleus: an extreme state of the atomic nucleus

I will introduce the Borromean nucleus, an exotic extreme state of the atomic nucleus.

In this Coffee-meeting, I will discuss the energy spectra of certain models of quantum interactions (between photon and two-level system) and introduce the study in number theory that arise from them including future perspective and conjectures.

I will explain how derived categories play roles to connect various areas of mathematics, especially birational and enumerative geometry. The key ideas are "Categorifications" and "Semi-orthogonal decompositions"

"Chemical reactions play important roles in various fields including engineering and biology. In this talk, I plan to give a short introduction to the description of stochastic chemical reaction systems."

The interactions between hadrons (such as proton and neutron) govern the structure of atomic nucleus. I will briefly discuss how we can define and quantify the hadronic interactions through numerical calculations of lattice QCD.

From the thermonuclear supernova to the supernova remnant

Type Ia supernovae (SNe) are believed to be the thermonuclear explosion of a white dwarf star, but their explosion mechanism(s) remain unclear. In this talk we make the connection with the subsequent phase, the supernova remnant (SNR), when the stellar ejecta interact with the interstellar medium. I will outline how simulations and observations can help test theoretical models, with an emphasis on our recent work based on the 3D morphology.

The astronomical site of r-process nucleosynthesis has been a long-standing mystery in nuclear astrophysics studies. However, in recent years, there has been significant progress. We confirmed the r-process-driven transient "kilonova" associated with binary-neutron-star mergers. In this talk, I will discuss the possibility of the r-process in magneto-rotational supernovae, which are in the extreme class of core-collapse supernovae. Although this scenario is physically challenging and hypothetical, observational evidence appears to grow. Since this scenario is related to supernovae with many observational examples, we expect future direct/indirect observation. I will also discuss the theoretical perspective of observational properties.

Quantum chaos is a notion to characterize the mechanism of how the time evolution of a quantum many body system, which should be in principle reversible, end up with the thermal equilibrium where the information of the initial condition is lost. This resembles the black hole information problem, which suggests that one can address various fundamental questions related to black holes through the study of quantum chaos. In this talk I will overview the notions of quantum chaos and black hole geometry, and then introduce an interesting phenomenon called revival where these notions are tightly entangled with each other.

Dimensional regularization is one of the most important tools for analytic calculations in quantum field theory. I will explain, how the concept of integration over (integer) n variables can be extended to a continuous number D, the dimension, and how this can be used to make sense of the divergent parts of quantum corrections.

Dispersal and organization of glioma cells

Cell migration plays a pivotal role in modeling the invasiveness of gliomas (a type of brain cancer) while the formation of new tumors often relies on cell-cell adhesive forces. I will talk about motility-induced phase separation as an alternative explanation to tackle both cell migration and tumor formation.

Recently, many groups are applying deep learning techniques for weather prediction problems. In this talk, I would like to introduce our research activities at R-CCS. We have been developing an algorithm to integrate data-driven approaches and process-driven approaches for precipitation nowcasting.

Evolution of core-collapse supernovae to their supernova remnants

Observations of nearby supernova remnants (SNRs) could potentially provide the clues to elucidate the dynamical evolution of core-collapse supernovae (CCSNe), chemical evolution of elements in the ejecta, explosion mechanisms, properties of neutron stars and progenitor stars. In this talk, our recent three-dimensional hydrodynamical models for the evolution of CCSNe to their SNR are introduced. Additionally, an attempt to model the molecule formation in the ejecta is also mentioned.

A Tale of Two Spaces

Focusing on the supernova gravitational waves, we are considering to extract the EOS inofrmation for dense matter with asteroseismology.

The interactions between nucleons (and in general, hadrons) govern the structure of matter, such as nuclei and neutron stars. I will talk about first-principles calculations to determine the interactions from the fundamental theory of quarks and gluons, QCD.