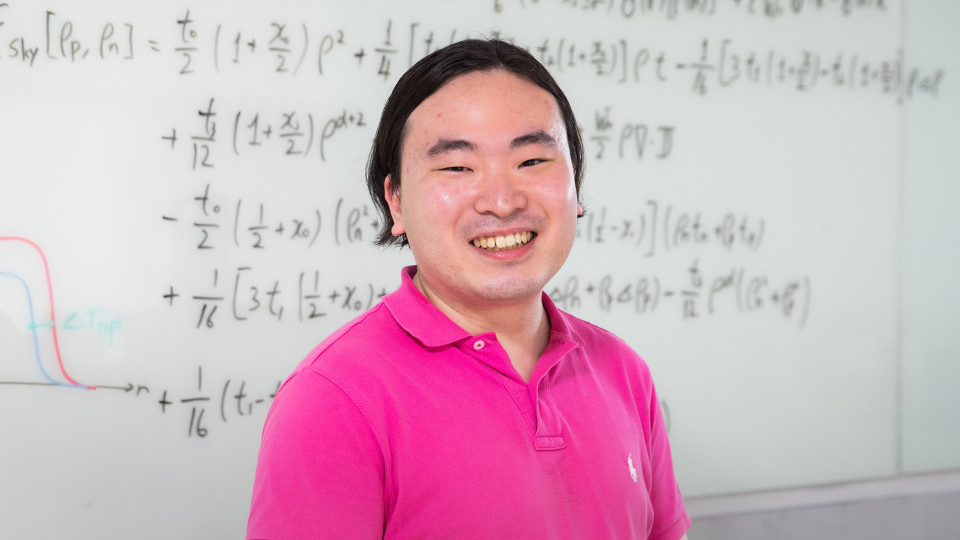 My name is Tomoya Naito. I joined RIKEN iTHEMS as an SPDR in April 2022, while I have participated in many activities in iTHEMS including the iTHEMS-phys study group and the iTHEMS math-phys working group so, probably, some of you have known me.

My research topics are related to computational quantum many-body problems, especially density functional theory (DFT). In principle, one can obtain all the properties of quantum many-body problems by solving the many-body Schrödinger or Dirac equation; however, it is, in practice, difficult to solve it. DFT, developed by Hohenberg, Kohn, and Sham, is one of the efficient methods to solve such problems. DFT has been applied to the study of atomic nuclei, atoms, molecules, and solids for decades, while there are still many fundamental things to be solved or understood.

My research topics are briefly divided into two parts: fundamental studies of the DFT and studies of quantum many-body problems (atomic nuclei, atoms, molecules, and solids) using DFT. Recently, I have started an astrophysical study using knowledge of nuclear physics and a study of the mathematical aspect of DFT in collaboration with iTHEMS (previous or current) members. I look forward to extending collaborations with iTHEMS colleagues!