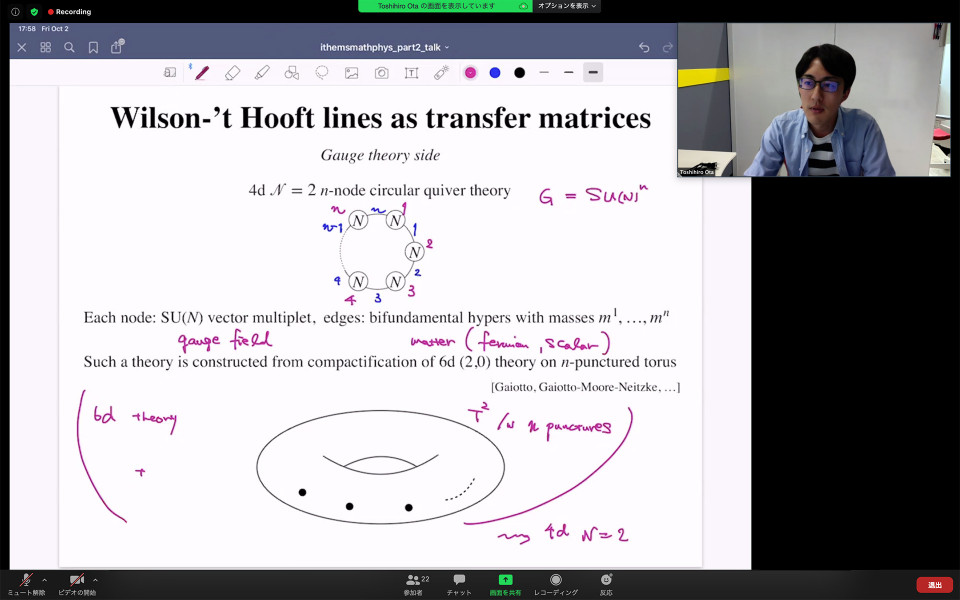 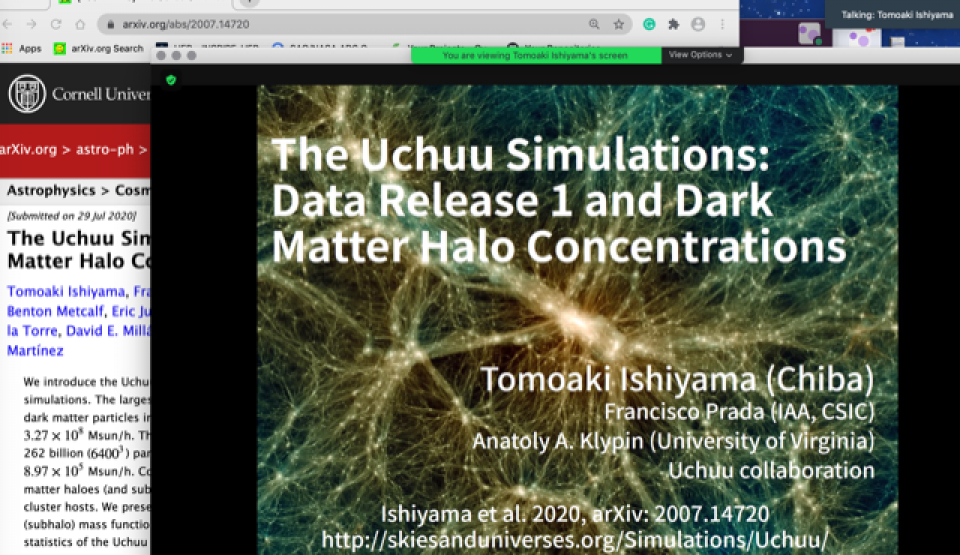 Visible components of our Universe, such as galaxies, show hierarchical structures. Such structures are always embedded in DM structures called "halos". In the early Universe, there exist small density fluctuations that eventually collapse to halos at some points by their self-gravity. Then, halos grow to form larger structures again by self-gravity and this is the origin of the structure of the current Universe. The large-scale structure of halos as well as their inner structures contain information about the nature of the DM particle.

Cosmological N-body simulation is a powerful computational method to follow that structure formation, by solving multi-body problems numerically. A halo, which is a clump of elementary DM particles, is treated as one smooth particle in N-body simulation. Its prediction power is so strong that the calculation corresponding to the upcoming cosmological survey, for example, has long been awaited. However, its computational costs scale as the square of the particle number N (or N log N when some reduction methods are adopted) and it is almost impossible to cover everything we need.

There are two strategies in the calculation: simulating a large volume with large particle mass, or a small volume with small particle mass. The former is suitable for studies that deal with the large-scale structure while the latter has advantages in studying the properties of each halo. His group has conducted a large high-resolution simulation project which enables us to study both of them. The Uchuu simulation, which uses the cubic of 12800 particles in a 2 Gpc-scale simulation box, enables us to study large-scale structures. The Shin-Uchuu simulation in the same project, which uses the cubic of 6400 particles in a 140 Mpc-scale box, is provided aiming to study the inner structure of DM halos. Analyzing the simulated structure and halo properties, the matter power spectrum covering from the largest to the non-linear regime is obtained. Also, the so-called mass-concentration relation in a wide halo mass range is now available thanks to the project. There is another good news for DM hunters: the results of the simulation are open to the public. This should boost the DM study from many aspects!

JST/CRDS Seminar "Series of seminars on the collaboration of mathematics, science and ergonomics" Notice of Registration

The Japan Science and Technology Agency (JST) is pleased to announce that it will hold a seminar titled "Series of Seminars on collaboration between Mathematics, Science and Engineering". There will be 16 sessions in total, covering topics ranging from machine learning to quantum computing, simulation, data science and many more. For more details, please refer to the related link.

With non-perturbative lattice calculations we investigate the finite-temperature confinement transition of a composite dark matter model. We focus on the regime in which this early-universe transition is first order and would generate a stochastic background of gravitational waves. Future searches for stochastic gravitational waves will provide a new way to discover or constrain composite dark matter, in addition to direct-detection and collider experiments. As a first step to enabling this phenomenology, we determine how heavy the dark fermions need to be in order to produce a first-order stealth dark matter confinement transition.

In this talk, a Bayesian nonparametric framework for the estimation and prediction, from observed time series data, of discretized random dynamical systems is presented [1]. The size of the observed time series can be small and the additive noise may not be Gaussian distributed. We show that as the dynamical noise departs from normality, simple Markov Chain Monte Carlo method (MCMC) models are inefficient. The proposed models assume an unknown error process in the form of a countable mixture of zero mean normals, where a–priori the number of the countable normal components and their variances is unknown. Our method infers the number of unknown components and their variances, i.e., infers the density of the error process directly from the observed data. An extension for the joint estimation and prediction of multiple discrete time random dynamical systems based on multiple time-series observations contaminated by additive dynamical noise is presented [2]. In this case the model assumes an unknown joint error process with a pairwise dependence in the sense that to each pair of unknown dynamical error processes, we assign a– priori an independent Geometric Stick-Breaking process mixture of normals with zero mean. These mixtures a–posteriori will capture common characteristics, if there are any, among the pairs of noise processes. We show numerically that when the unknown error processes share common characteristics, it is possible under suitable prior specification to induce a borrowing of strength relationship among the dynamical error pairs. Then time-series with an inadequate sample size for an independent Bayesian reconstruction can benefit in terms of model estimation accuracy. Finally, possible directions for future research will be discussed.

A symposium will be held to commemorate Professor Emeritus Shun'ichi Amari (Graduate School of Engineering, The University of Tokyo) receiving the 2019 Order of Culture. 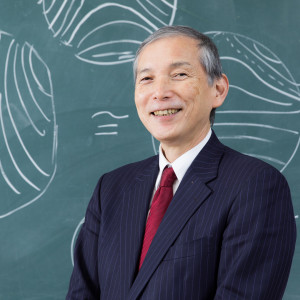 Prof. Takashi Tsuboi, Deputy Program Director of iTHEMS will explain the beauty and harmony of Mathematics together with the piano performance by Rutsuko Yamagishi.

We show an evolution to derive the effective Hamiltonian in the shell-model framework starting from two- and three-body interactions based on the chiral effective field theory. A new way to calculate three-body matrix elements of the chiral interaction with the nonlocal regulator is proposed.

We apply our framework to the p-shell nuclei and perform benchmark calculations to compare our results with those by an ab initio no-core shell-model. We report that our results are satisfactory and the contribution of the three-body force is essential to explain experimental low-lying spectra of the p-shell nuclei. We discuss the contribution of the three-body force on the effective single-particle energy extracted from the monopole interaction.

Next, we investigate the shell evolution on the pf-shell nuclei. We show that the monopole component of the shell-model effective Hamiltonian induced by the three-body force plays an essential role to account for the experimental shell evolution. Moreover, we present our latest results on the investigation of the possible neutron dripline of the Ca isotopes.

Finally, we discuss very neutron-rich systems, namely, the oxygen isotopes at the dripline and beyond, where the interplay between the three-body force and continuum states plays an important role.

Toward simulating Superstring/M-theory on a Quantum Computer 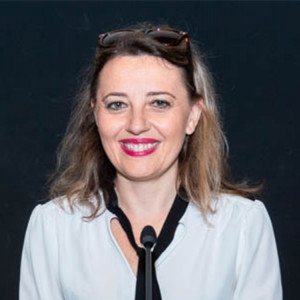