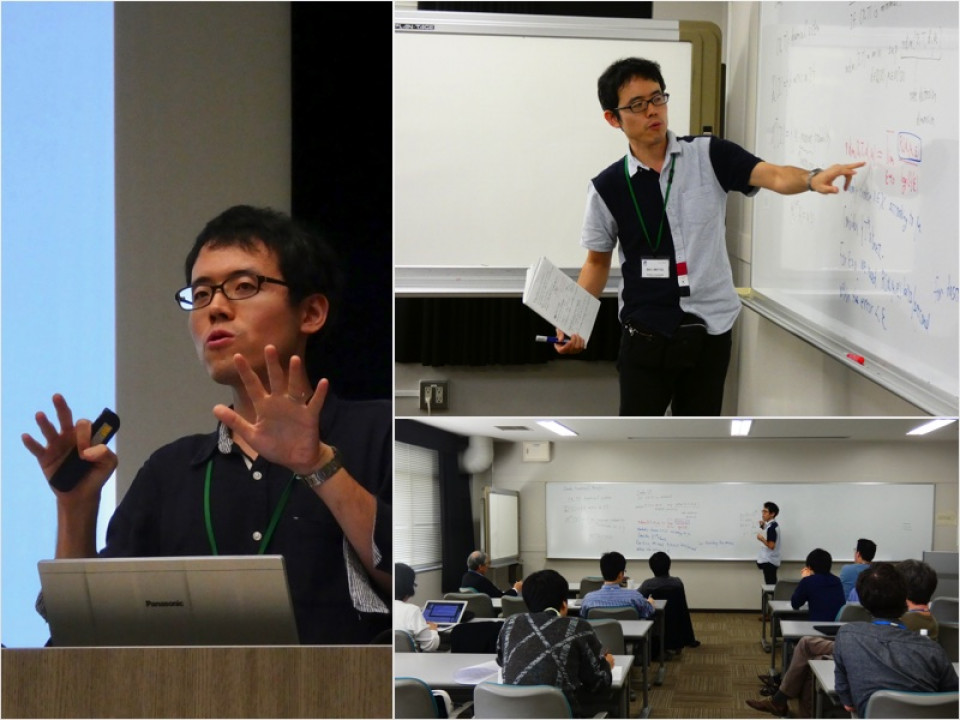 Professor Masaki Tsukamoto of Kyushu University, the winner of 2019 Geometry Prize of the Mathematical Society of Japan, visited iTHEMS for October 21 - 23 and gave a series of talks at Math Seminar. The theme of his talks was `Mean dimension of dynamical systems and information theory'. On October 21, 15:30-16:30, 16:40-17:40, he gave survey talks at Okochi Hall; In the first part he explained the notion of mean dimension in relation with information theory as an obstruction to embedding dynamical system to the shift on the Hilbert cube. In the second part he explained the notion of mean dimension in relation with data compression and showed that the mean dimension is obtained by applying to a (mini-max) variational principle to the dynamical rate distortion. His talks on October 22 and 23, 13:30-14:30 at the room 435-437 were on the key observation concerning the embedding problem and that on that concerning the dynamical rate distortion, respectively. The participants enjoyed his clear explanations on this mean dimension defined by Gromov which can play important role in the future study of infinite dimensional dynamical systems.