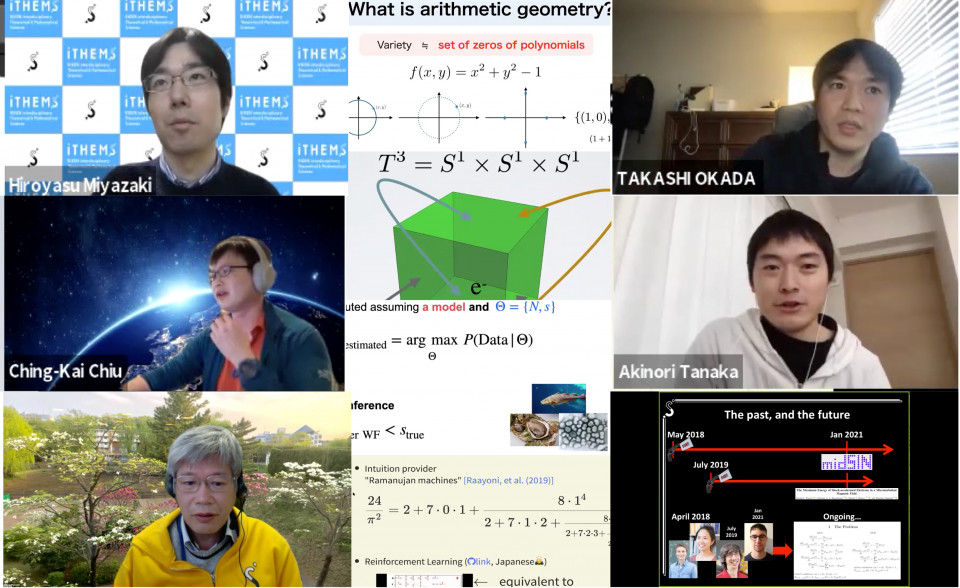 The annual in-house gathering entitled iTHEMS NOW and NEXT FY2020 was held on March 11th via zoom. The gathering is the occasion we share the current status and future perspectives on our research and organization. In the morning, keynote overview talks were given by Takashi Okada, Hiroyasu Miyazaki, Akinori Tanaka, and Ching-Kai Chiu, followed by the interdisciplinary talk which Don Warren and Catherine Beauchemin jointly presented. During subsequent lunchtime, a special session on the proper practices in conducting scientific researches was taken place. In the session, the participants discussed their research practices in small groups and later shared their discussions with all. The afternoon session was devoted to the progress reports from the working groups and the study groups. This time, we observed a moment of silence in honor of those affected by the 2011 Tohoku earthquake and tsunami during these presentations since it just marked precisely ten years from the calamity. Program Director Hatsuda's remarks concluded the gathering.