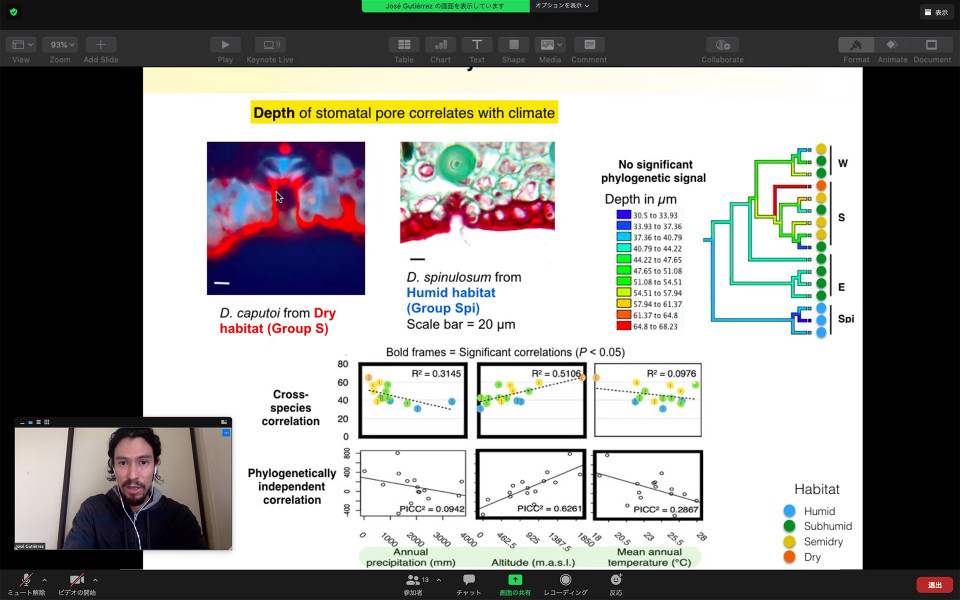 On March 25th, José Gutiérrez from Chiba University gave a talk at iTHEMS Biology Seminar about the evolution and diversification of cycads ("sotetsu" in Japanese) in Mexico. He explained how the different species and populations of cycads are distributed in different areas of Mexico, and showed how this can be explained by changes in the climate and the adaptation of each species to the different environment. He then discussed some general ideas of how speciation and diversification can occur. It was probably the first time for many iTHEMS members to hear about research in Ecology, and I think many of us learned something new. We were also able to have a nice and fruitful discussion after the talk.

Evolutionary conservativeness and diversification of cycads: Understanding the evolution of living fossils