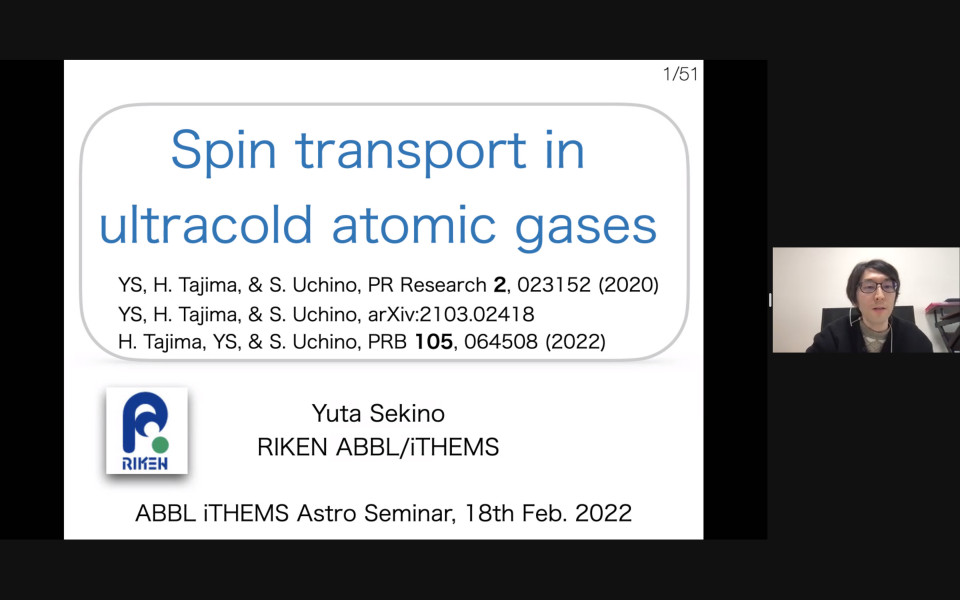 On 18th Feb. 2022, Dr. Yuta Sekino gave an excellent introductory talk on Spin transport in ultracold atomic gases. In his talk, we discussed the usefulness of spin transport as a probe for many-body properties in ultracold atoms.
In the first part, we focused on the conductivity of alternating spin current, which includes information on superfluid gap, pseudogap, and topological phase transition. In the latter part, we considered mesoscopic spin transport between two Fermi gases weakly connected with each other. Finally, we discussed similarities of ultracold atoms to neutron star matter.