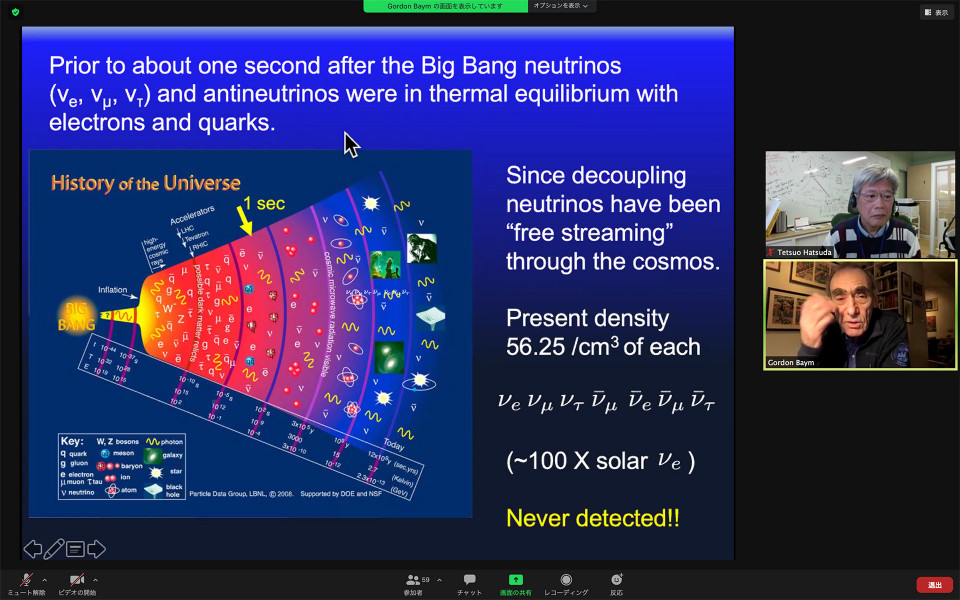 On Feb. 22, our iTHEMS colleague, Gordon Baym, gave an online talk from Urbana-Champaign on the detection of the primordial neutrinos created in the early Universe. We are in the sea of those neutrinos at the present day with the neutrino density of about 56/cc for each neutrino species. Although neutrinos (anti-neutrinos) are left-handed (right-handed) in early Universe, both cosmic and galactic magnetic fields as well as the gravitational inhomogeneities can flip their spins with respect to the momentum, so that the helicities (spin projection along the direction of the momentum) of the relic neutrinos could be a new probe of cosmic gravitational and magnetic fields. More that 60 participants attended this interesting seminar and there were lively discussions during and after the talk.