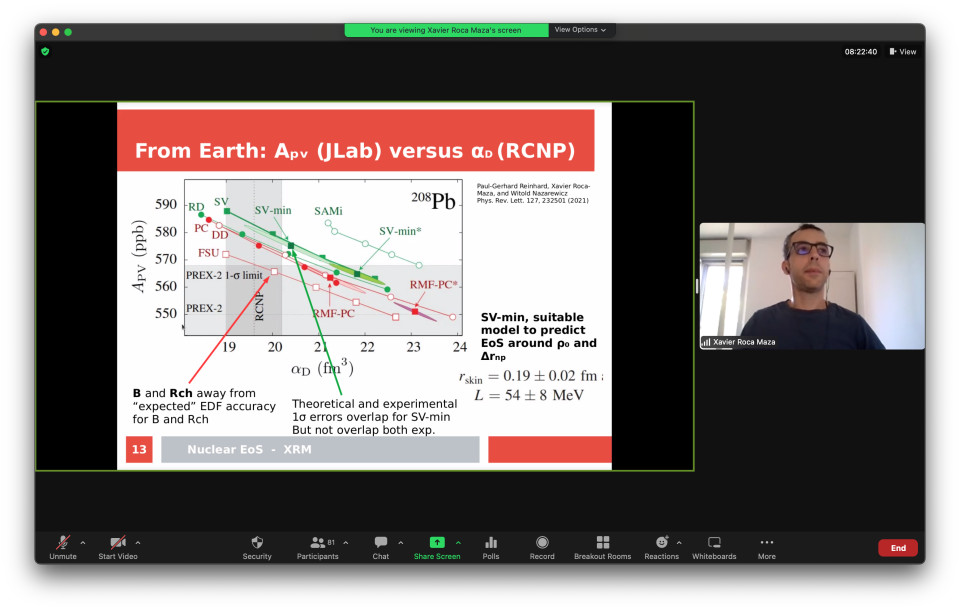 As a part of the RCNP domestic workshop on low-energy nuclear physics and high-energy astrophysics (RCNP研究会「低エネルギー核物理と高エネルギー天文学で読み解く中性子星」), the special seminar entitled "How does subatomic matter organize itself? A low-energy nuclear physics perspective" was given by Prof. Xavier Roca-Maza in U. Milan. This seminar is supported by Gravitational Wave and Equation of State Working Group (GW-EOS WG), RIKEN iTHEMS Program.

The equation of state (EoS) of nuclear matter is one of the essential things in nuclear physics. There have been many attempts to determine parameters characterizing the EoS experimentally, which have become paid attention more. He introduced various attempts and theoretical mechanisms, including cutting-edge proposals.

More than 80 participants attended the seminar, including from the foreign country.