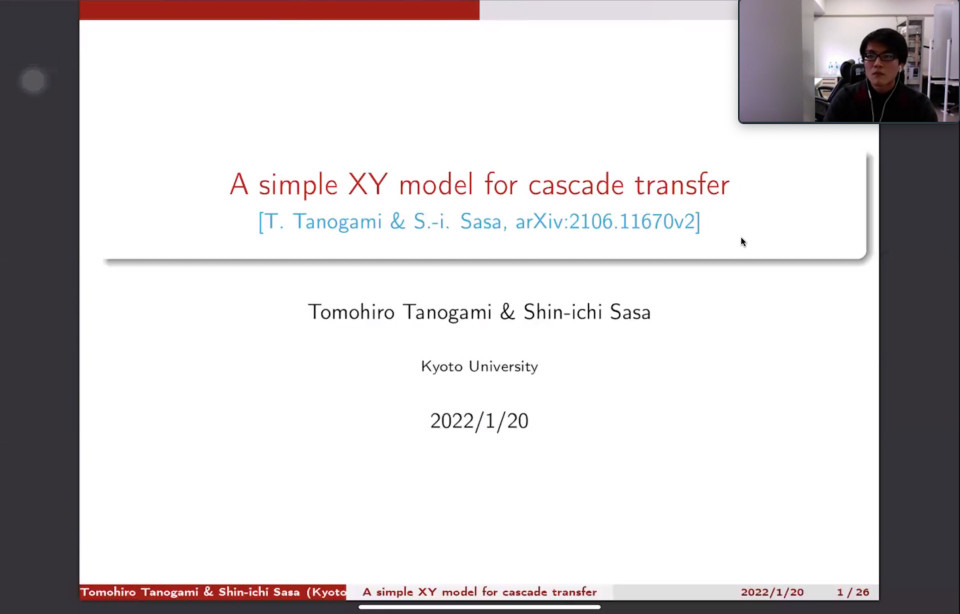 Tomohiro Tanogami from Kyoto University gave a talk titled "A simple XY model for cascade transfer." Cascade transfer is a ubiquitous phenomenon that appears in various physical systems. During a cascade transfer an inviscid conserved quantity such as energy is transferred conservatively from large/small to small/large scales, which results in a universal scaling law in the spectrum (e.g., Kolmogorov energy spectrum). In the talk, Tomohiro proposed a simple XY model which shows inverse energy cascade with a non-Kolmogorov energy spectrum and pointed out that the model may characterize a novel "universality class" of cascade transfer. Tomohiro also explained possible relations between his model and, e.g., spin and atmospheric turbulences. About 20 physicists have joined the seminar and enjoyed discussions from various viewpoints.