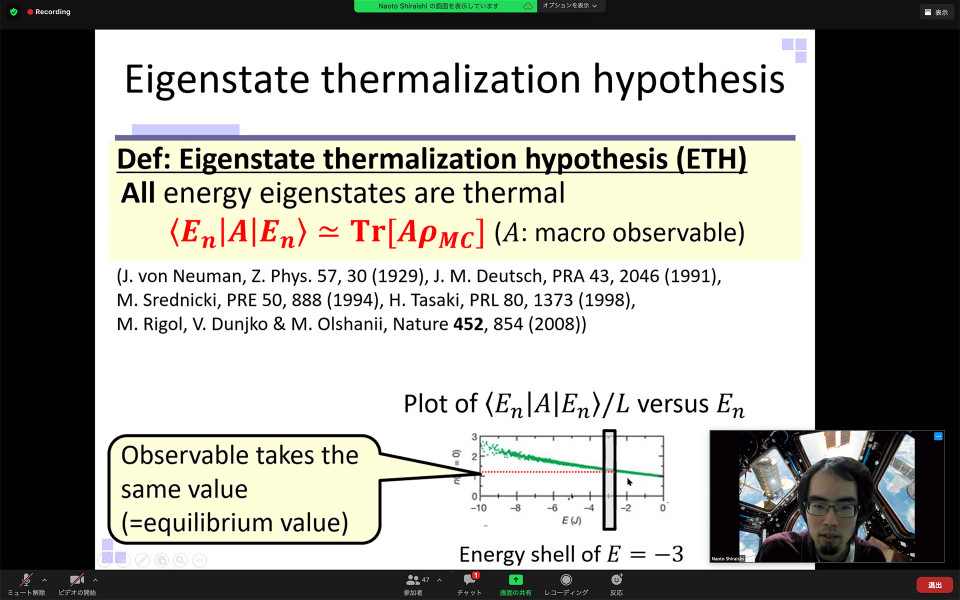 In the first part, he reviewed some results and problems of quantum thermalization. Besides, he explained the typicality of equilibrium states, the relaxation caused by large effective dimensions, and the weak/strong eigenstate thermalization hypothesis mathematically.

In the second part, the speaker discussed the difficulty of the thermalization problems and some of his results. Mainly, he showed the absence of local conserved quantities in the S=1/2 XYZ chain with a magnetic field.

The talk had many participants from in and out iTHEMS and many stimulating discussions.