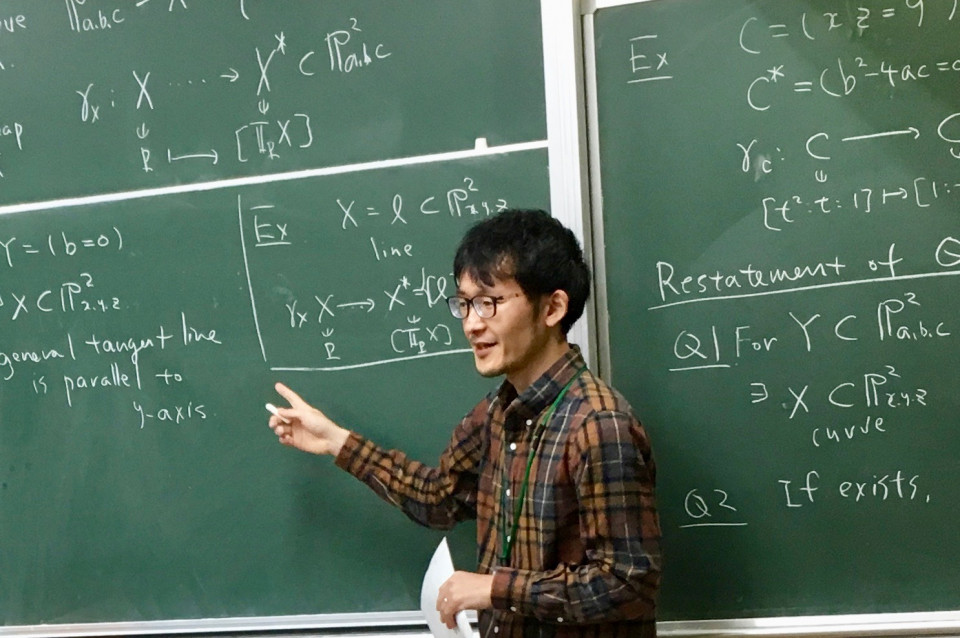 The iTHEMS Math seminar was held on 8 Nov., inviting Atsushi Ito from Nagoya university. The title of the talk was "Some topics in projective geometry of algebraic varieties". The main subject of the talk was the Gauss map and the dual variety of an algebraic variety, which reflect the behavior of the tangent spaces at a moving point of the variety. In the first part, the speaker explained the duality theorem of the dual variety and the original variety, which holds in the usual setting but fails in the unusual (that is, in positive characteristic) setting. In the second part, we considered the dimension of the dual varieties. The main result says that the gap of the dimension of the dual variety from the expected dimension is determined by a fibration structure of the variety with a good fibres.