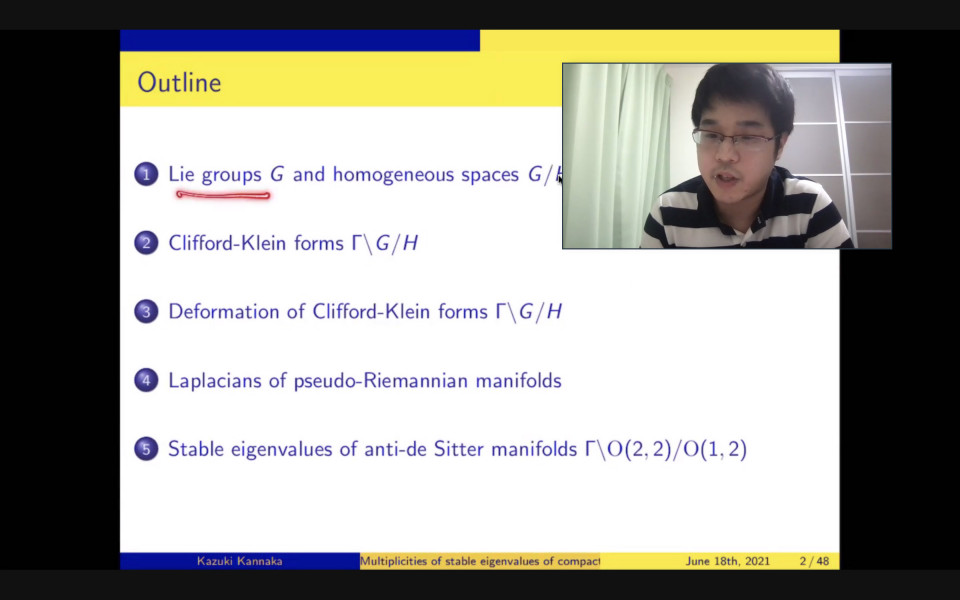 There was a math seminar by Kazuki Kannaka on June 18. He gave an introductory talk on his research fields, representation theory and briefly explained his study.
He first explained some basic definitions in representation theory. He then explained the mathematical tiling problem with the Lie group.
In the second part, he explained how the distribution of the compact pseudo-Riemannian manifolds differs for parameters. He also introduced his example, which has a continuous spectrum.