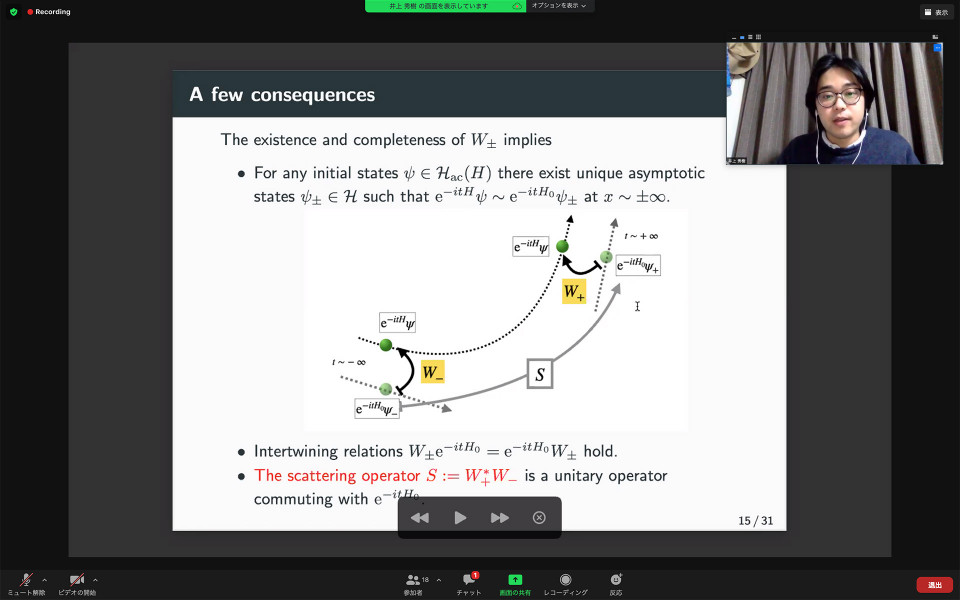 On December 7, there was a math seminar by Dr. Hideki Inoue. His talk aims to introduce Levinson's Theorem and its recent progress.

In the second part, he explained his recent results on Levinson's theorem. He showed a straightforward representation formula of the wave operator, a significant research target in the scattering theory. With this formula, he proved that one could prove Levinson's theorem by abstract theory. He also explained similar results on discrete operators.