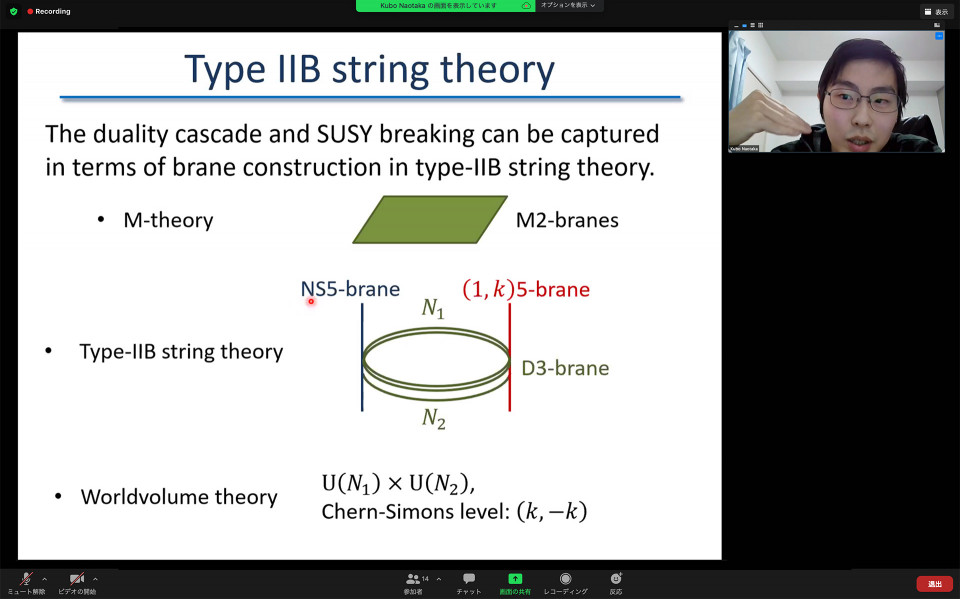 His talk was on the test of non-perturbative dynamics of three-dimensional gauge theories from the perspective of brane dynamics in string theory.

In the first half of his talk, he explained important ideas in quantum field theory at an elementary level, such as renormalization group (RG) flow, supersymmetry (SUSY), and world-volume theory on branes in string/M-theory. Combining these fundamental ideas, he moved on to the discussion of duality cascades in quantum gauge theories in four and three dimensions. Using branes in string theory, he demonstrated that the duality cascades in M2-brane world-volume theories can be understood from the brane dynamics in type IIB string theory, which is the so-called Hanany-Witten move/transition. In particular, he mentioned that after the sequence of the Hanany-Witten transitions, one may predict if the original gauge theories have SUSY breaking under the RG flow. Then he concluded that all the world-volume theories related by the Hanany-Witten transitions would flow to the same IR theory, and SUSY will be broken if anti-D3-branes are created.