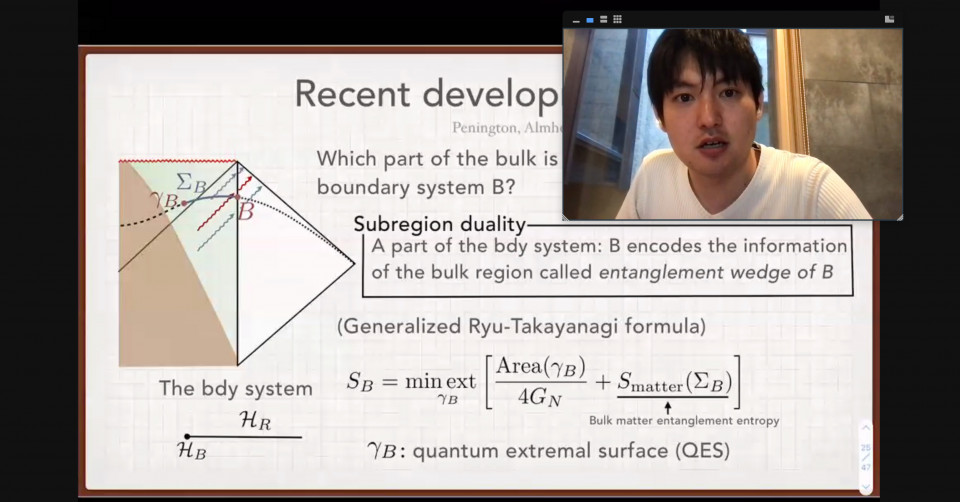 On June 21st, Kanato Goto (RIKEN iTHEMS) gave the iTHEMS-physics seminar on the black hole information paradox. Recently, there is a proposal for the formula for a quantum black hole entropy, called the island formula, which is expected to reconcile the conflict between the thermal and quantum natures of the black hole. One may regard the island formula as a generalization of the so-called Ryu-Takayanagi formula for the entanglement entropy, but its derivation is yet to be clarified. In the talk, after reviewing the current status of the black hole information paradox, Kanato explained their work on a derivation of the island formula based on the replica method for the gravitational path integral. The audience asked a lot of questions and we really enjoyed the talk.