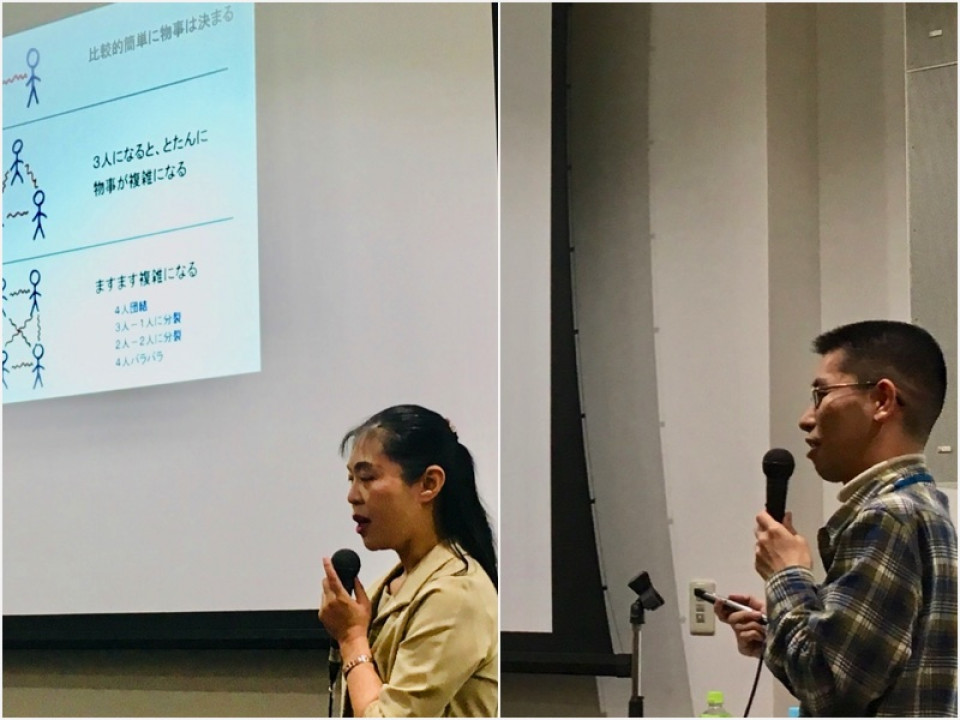 iTHEMS Public Lectures were held at the 8th floor of the RIKEN IIB building on Nov.9 as a part of the RIKEN Kobe Open Campus 2019. Takumi Doi (RNC/iTHEMS) and Emiko Hiyama (Kyushu U./RNC) gave lectures on computational nuclear and particle physics. Takumi introduced the history and concept of computers with full of Kansai jokes, followed by an explanation of the recent results from massive parallel computers such as the K computer. Emiko explained why quantum systems with more than 3 particles are fundamentally different from the two-body systems, and how to overcome the difficulty by computational approach. Both lectures were pedagogical enough for non-scientists and stimulated interesting questions from the audience.