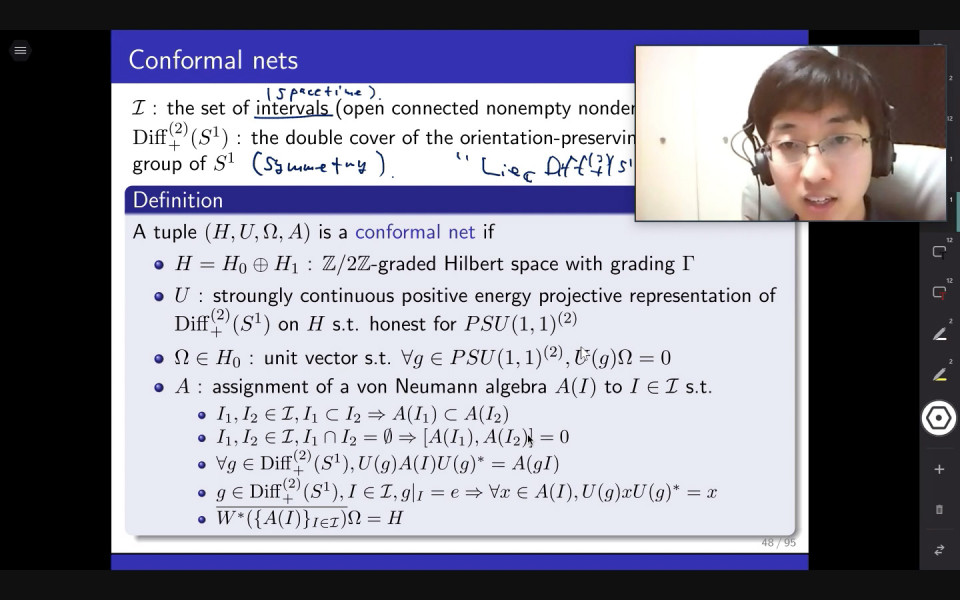 On July 2 Mizuki Oikawa gave a talk at the iTHEMS math seminar. He talked about the interaction among modular functions, conformal field theories and moonshine phenomena. Below is a recap of his talk. The j-invariant is an example of modular form. Its coefficients in the q-expansion is closely related to a certain sporadic simple group (the monster group), and the relation can be understood via the theory of vertex operator algebras (VOA), which is a mathematical model of conformal field theory (CFT). This gives an example of moonshine phenomena. On the other hand, there is another mathematical framework for CFT, called the conformal net, which depends on the theory of von Neumann algebras. Carpi-Kawahigashi-Longo-Weiner gave a correspondence between a certain class of VOAs (which includes the monstrous moonshine VOA) and that of conformal nets. Recently, Tener gave a geometric realization of some VOAs and the corresponding conformal nets via Segal CFT. The talk was highly stimulating, and the audience asked many questions that arise from both mathematical and physical sides.