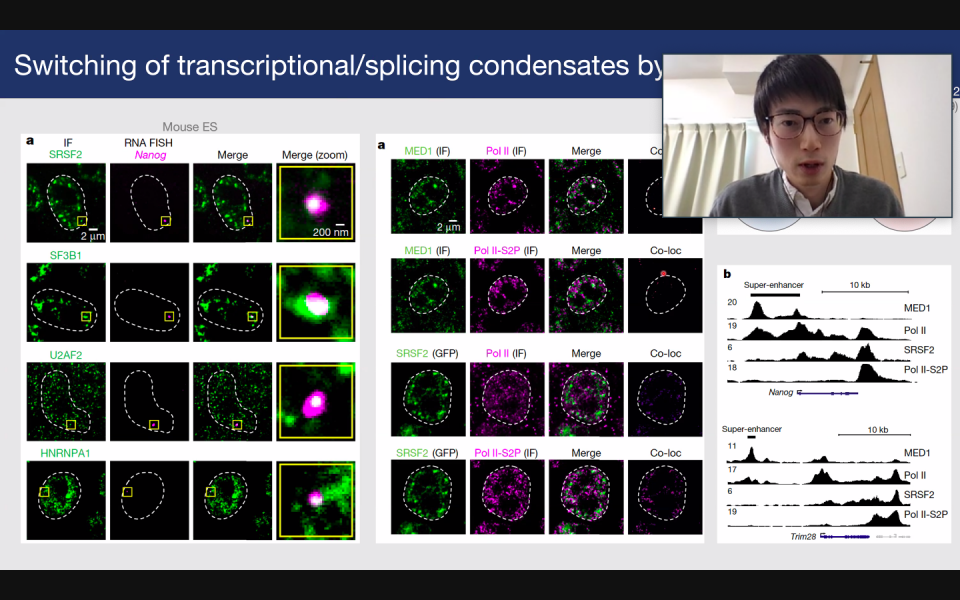 In iTHEMS Biology Seminar on April 15th, Kyosuke Adachi (BDR/iTHEMS) talked about the formation mechanism and the biological function of liquid condensates in eucaryotic cell. First, he explained the higher-order structure of the chromatin fiber. He focused on A compartment and B compartment, in which the high and low transcription activities are shown, respectively. Then, he talked about the biomolecular condensate which is the liquid droplet composed of proteins. He talked about the important interaction on the condensate creation and explained the theoretical model based on the mean field theory. Finally, he explained the role of the condensates on the transcription activity. The transcription occurs in the condensates of some proteins coexisting on the chromatin fiber. The audience enjoyed his attractive talk. Thank you very much for great talk, Kyosuke!