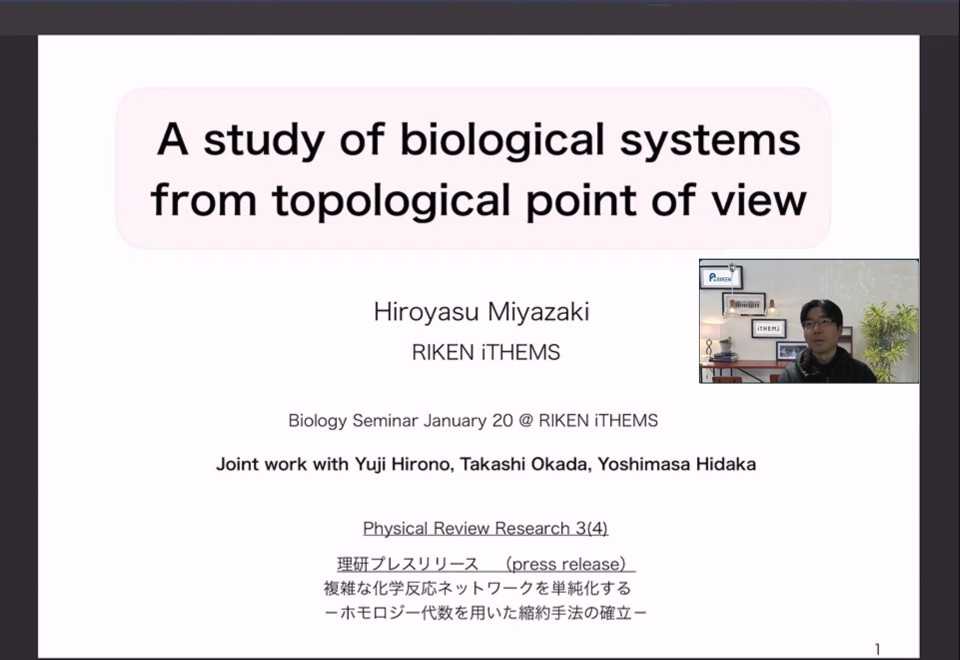 In the iTHEMS Biology Seminar on 20th January, Dr. Hiroyasu Miyazaki (RIKEN iTHEMS) gave a talk on the topological aspect of chemical reaction network. His talk is composed of two parts: motivation and result part and method part. In the first part, he mentioned the reduction of the chemical reaction network in E. Coli and its result which shows the same steady state as that before the reduction. In the second part, he explained how the network should be reduced. The topological information of the network can be described by using the matrix and the vector. He explained that the quotient network is defined to have a sequence of linear maps called “exact sequence”, which describes the relation among the original network, the subnetwork and the quotient network. We enjoyed his beautiful talk. From the audiences, the lively discussion arose during and after the talk. Thank you very much, Hiroyasu!