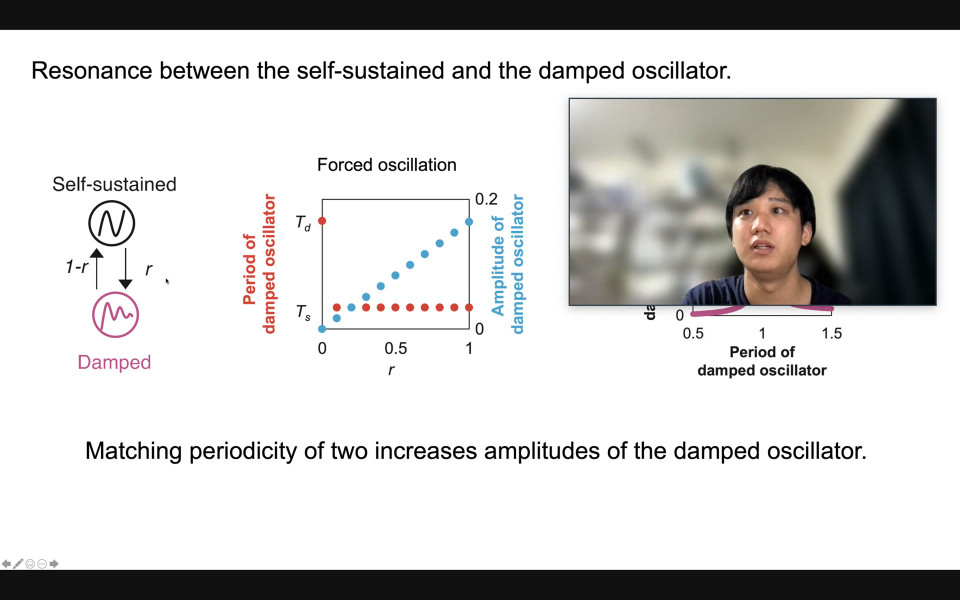 In iTHEMS Biology Seminar on August 19th, Dr. Naohiro Kawamoto (Osaka University) gave a talk on cyanobacterial circadian oscillations. It is known that three proteins (KaiA, KaiB and KaiC) are sufficient for generating self-sustained circadian oscillations in cyanobacterium. In this talk, Dr. Kawamoto experimentally showed that the lack of kaiA causes damped oscillation. Then, he analyzed the benefit of the damped circadian oscillation by using a simple mathematical model of the interaction between the damped and self-sustained oscillators. This analysis revealed that kaiA-less damped oscillator can resonate to another oscillatory process. Finally, he talked about evolution of related to evolution of circadian clock system for future work. After the talk, we enjoyed discussion about mathematical modeling of various types of coupled oscillators. Thank you very much, Naohiro!