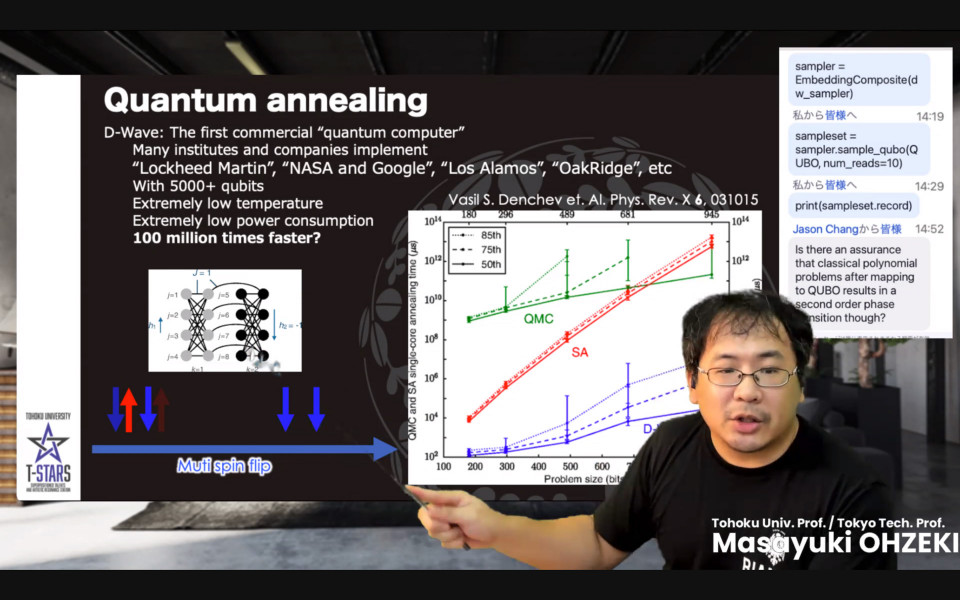 On August 4, Prof. Masayuki Ohzeki (Tohoku University/Tokyo Institute of Technology/Sigma-i Co., Ltd.) gave us a talk on the quantum annealing.
In the first part, after a general introduction, he demonstrated how to use the D-Wave machine from our personal computers.
It is remarkable that we can easily manipulate a number of quantum spins ourselves to solve an optimization problem.
In the second part, he reviewed working principles for quantum annealing: he started from the original proposal in 1998 and explained more recent methods such as the reverse annealing.
He also explained carefully the usefulness and the limits of the quantum annealing.
After discussing the theoretical perspective and how the machine is implemented using the superconducting qubits, he presented the application of the quantum annealer to the real world.
He showed his collaborations with many companies and how the quantum annealing can be used to solve real-life problems, such as the optimization of the evacuation routes or listing the hotel recommendation on the web.
A lot of interactive discussions were made during and after the talk. We really thank Prof. Ohzeki for his great talk.