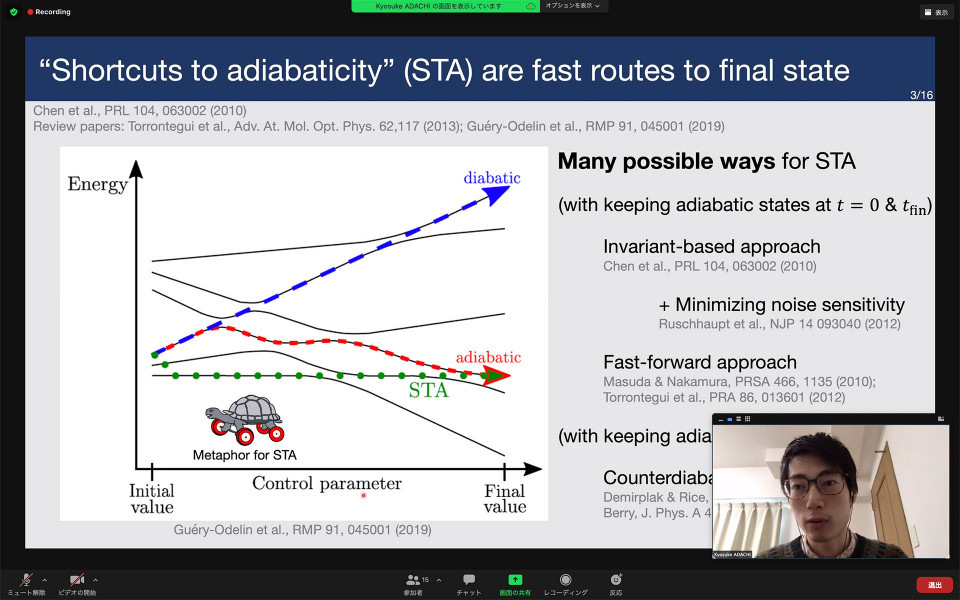 First, he reviewed the concept of shortcuts to adiabaticity (STA) and discussed a two-level system as a concrete example. Then it was explained that STA are fast routes to the final states in quantum systems. Second, he introduced the engineered swift equilibration (ESE) in classical stochastic systems, which is a classical counterpart of STA. Indeed, he explained that the Fokker-Plank equation has a similar structure to the Schroedinger equation, and the fast routes from the initial equilibrium state to the final equilibrium state are ESE. As examples of ESE, compression of Brownian particles, and evolutionary systems were given. Finally, he mentioned some interesting questions. The talk had many stimulating discussions. We are grateful to Adachi-san for his excellent talk!