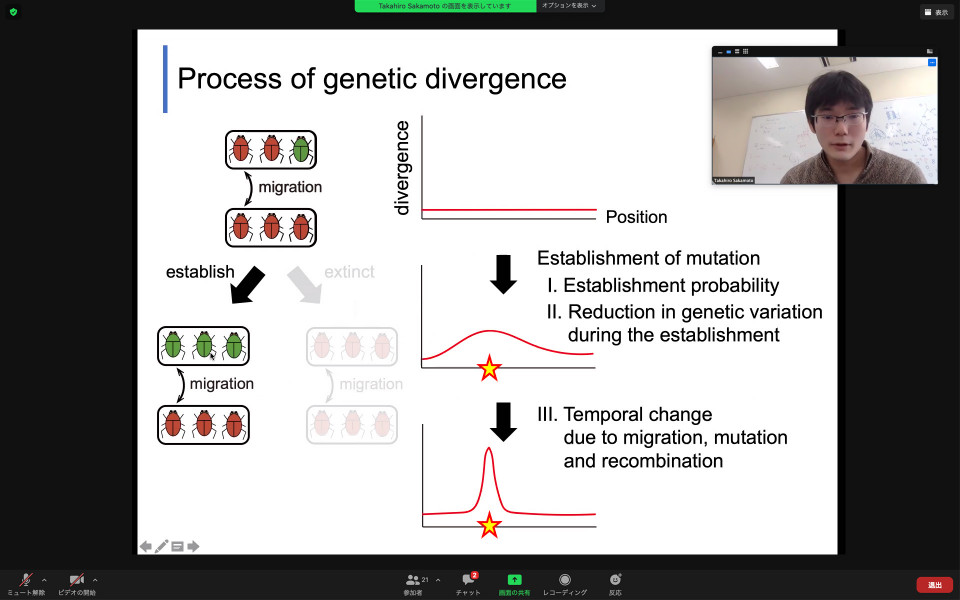 On November 5th, Takahiro Sakamoto from SOKENDAI gave a talk at the iTHEMS Biology Seminar. First, he gave a very nice introduction about the basics of population genetics, and then, he talked about his theoretical study about how genetic divergence proceeds when there is migration between two locally adapted sub-populations. He did very well in explaining his research, which is actually quite complicated, to non-experts, and because of that there were many questions and fruitful discussions. Takahiro is a student from my previous lab and I had in mind to invite him at some point because I knew he is good at giving talks and that his research should be interesting to iTHEMS people. So I was pleasantly surprised that Okada-san invited him, and I was very glad to see that many people enjoyed his talk.

Evolution of a peak of genetic divergence driven by local adaptation