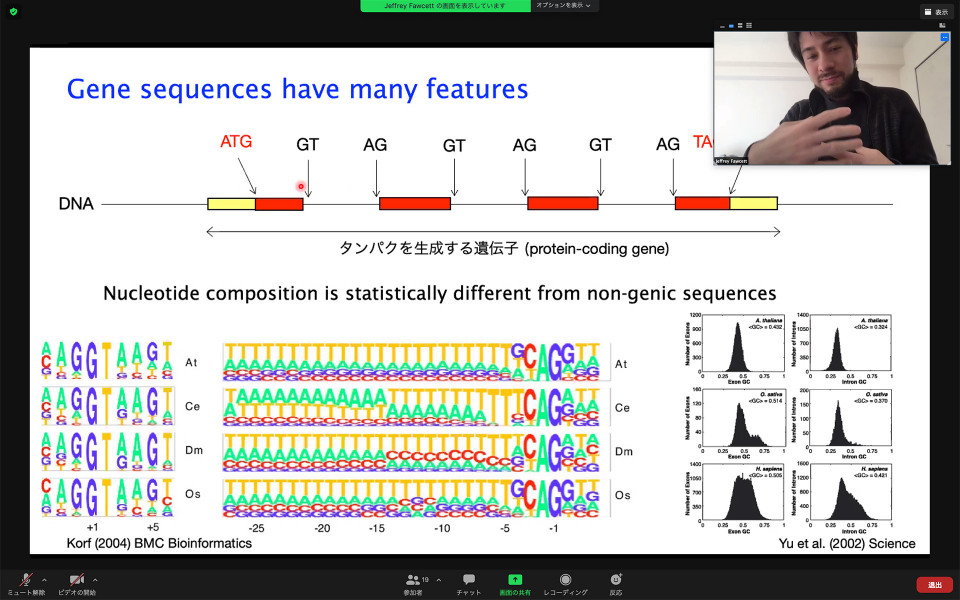 In iTHEMS biology seminar on January 14, Jeffery Fawcett (RIKEN iTHEMS) gave us a talk on what genes are and how we can identify them. He started from the basics such as chromosomes, genes, and how proteins are produced from them. He then explained difficulties in defining a gene. This sounds very interesting because most of us (at least, I) naively think that we know what a gene is, even without knowing a precise definition of it. He also explained how we can predict the location of genes on the chromosomes. Jeff nicely presented keys ideas for non-experts, and all of us enjoyed his talk. I am also working on evolutionary biology, but I have never thought seriously about how genes are identified, and his talk became a nice introduction to this fascinating topic.
Thank you very much, Jeff!

What are genes and how can we find them?