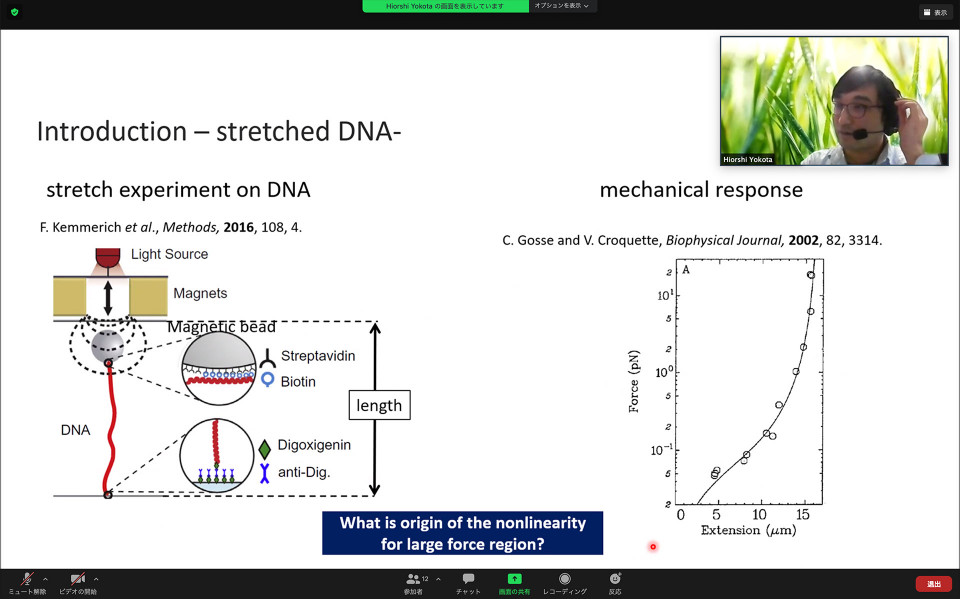 In iTHEMS biology seminar on Feb. 25th, Dr. Hiroshi Yokota (iTHEMS) talked about the mechanism of the non-linear response of DNA under stretching force. In the introduction part, he mentioned the experimental technique using the magnetic tweezer to measure the extension of DNA under stretching force, and he also showed the experimental results of the non-linear response of DNA. He then explained the strategy to clarify the origin of non-linearity by applying mathematical modeling and statistical physics. Introducing the worm-like chain model, he transformed the Hamiltonian in an elegant way and analytically obtained the formula of the extension, which explains the experimental data. His description of the model was very clear, and there were many questions and discussions. We are thankful to Hiroshi for the intriguing talk.

Origin of non-linearity of large deformation on DNA stretched