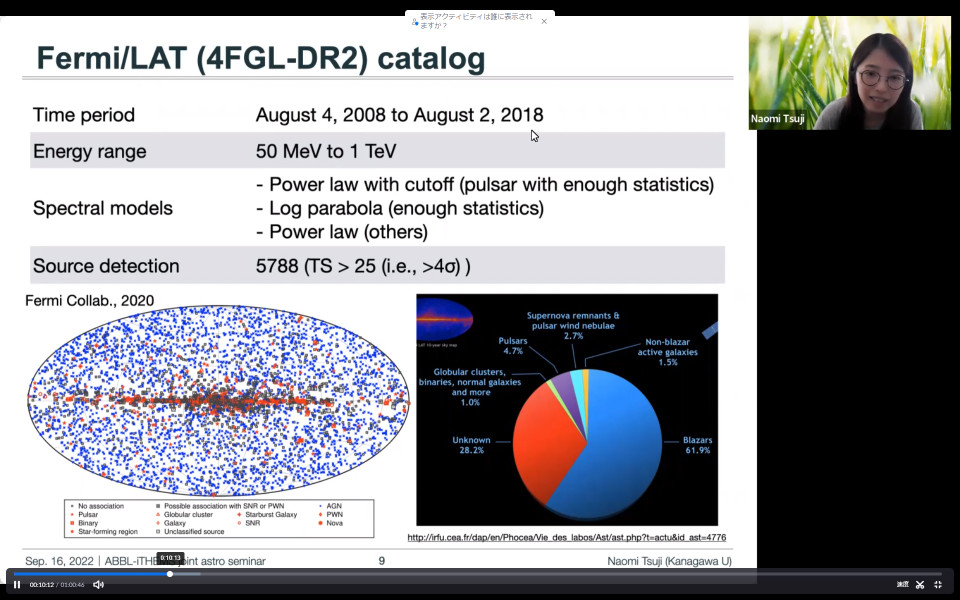 The MeV gamma-ray domain is the only unexplored window among recent multiwavelength observations in astrophysics, often referred to as the "MeV gap". To fulfill this gap, there are several ongoing and planned projects of MeV gamma-ray telescopes. The measurement of MeV gamma rays (both continuum and line emission) would give us new insight into many topics in astrophysics, such as relativistic jets, particle acceleration, and origin of matter. In advance of the future MeV gamma-ray missions, we have been working on prediction of the MeV gamma-ray sky, which is helpful to determine what kinds of sources can be detectable with the future telescopes. In order to explore the MeV gamma-ray sources, Tsuji-san and her collaborators performed a catalog cross-matching between the hard X-ray (Swift/BAT) and GeV gamma-ray (Fermi/LAT) catalogs, resulting in 145 firmly cross-matched sources. Combined with the Galactic diffuse emission, which is calculated by GALPROP to reconcile the cosmic-ray and gamma-ray spectra with observations by AMS-02, Voyager, and Fermi-LAT, the all-sky maps in the MeV gamma-ray band can be produced. This is also used to investigate a long-standing problem in the MeV gamma-ray astrophysics: the origin of the diffuse emission from the inner Galaxy, measured by COMPTEL. Tsuji-san reported the analysis and results in detail, and introduce future missions of the MeV gamma-ray detectors. There were useful discussions among the speaker and audience during/after the talk.