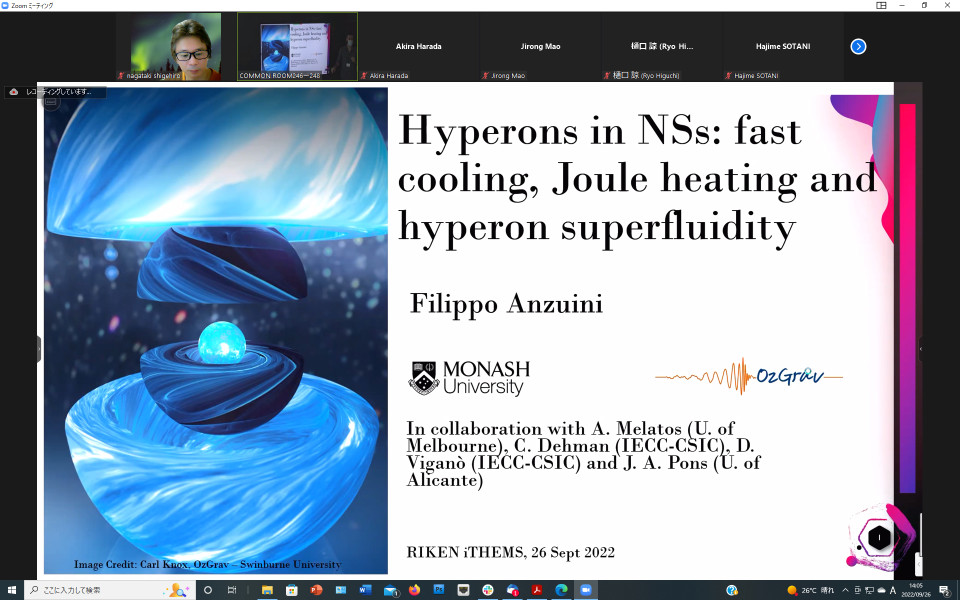 Neutron stars challenge current models of highly dense matter. Despite being the targets of numerous observational campaigns (e.g. gravitational-wave searches and X-ray observations), their equation of state is still unknown. One of the most exciting possibilities is that “unconventional” particles such as hyperons may appear in neutron star cores. Hyperons have a major impact on the observed thermal luminosity, because they accelerate the cooling rate via direct Urca processes, which copiously increase the neutrino emission from the core. Such mechanism is often considered to be a key signature of hyperon concentrations at high densities. Hyperon superfluidity plays a major role as well, because it can suppress the neutrino emissivity exponentially. The hope is that a comparison of the theoretical cooling curves against the available data of thermally-emitting neutron star can hint towards the existence of hyperons and their superfluidity. There is one ingredient, however, that is often neglected in neutron star cooling models: internal heating. The magnetic field of neutron stars decays due to the dissipation of the electric currents circulating in the crust, generating substantial Joule heating in the shallower layers. The thermal power generated by this process can counterbalance hyperon fast cooling, making it difficult to infer the presence of hyperons from the available thermal luminosity data, and complicating the link between measured thermal emission and internal composition. The speaker showed that this is the case for magnetars, because their crustal temperature is almost independent of hyperon direct Urca cooling in the core, regardless of whether hyperons are superfluid or not. Likewise, thermal luminosity data of moderately magnetized neutron stars are not suitable to extract information about the internal composition, as long as hyperons are superfluid. During/after the talks, there were some interesting questions and discussions. The seminar was done in a hybrid style.