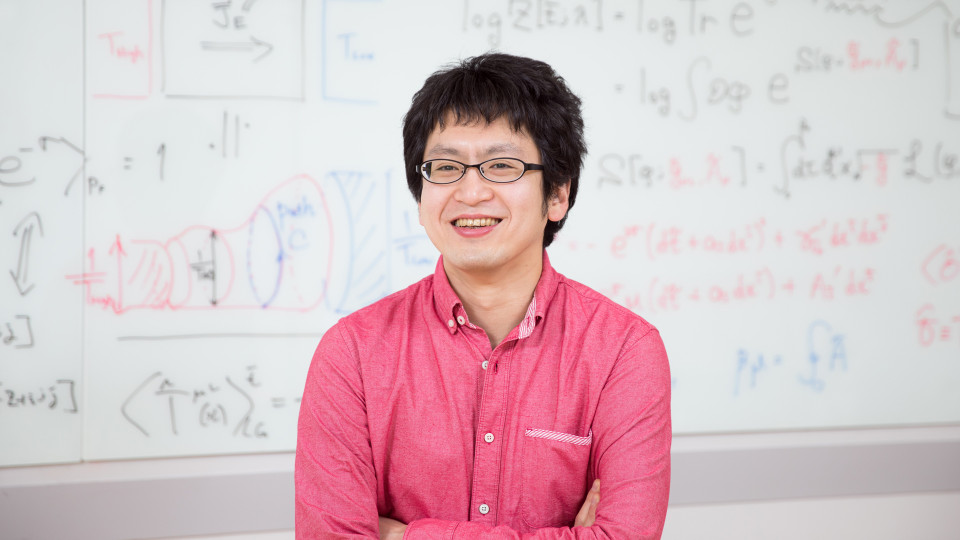 I am Masaru Hongo, a theoretical physicist working on nonequilibrium physics. My main interest is hydrodynamics and its possible generalizations to more general nonequilibrium systems. Hydrodynamics universally describes a lot of phenomena seen in the world. Its application covers not only simple liquids in our daily life, but also the extremely high temperature plasma (the so-called quark-gluon plasma which reaches at several trillion Kelvin). Since our fluid is composed of atoms/molecules, or extremely elementary particles described by quantum theory, it is interesting to consider how we can understand the gap between two descriptions. I have studied to bridge this gap between hydrodynamics, which gives a macroscopic description of systems, and quantum field theories, which is a fundamental microscopic theory considered to be state-of-the-art atomism. Based on the recent development of non-equilibrium statistical mechanics, I have provided a solid basis for relativistic hydrodynamics. I am now working on how we can describe the more general nonequilibrium systems. I am happy if we are interacting with each other, and have fruitful collaborations!