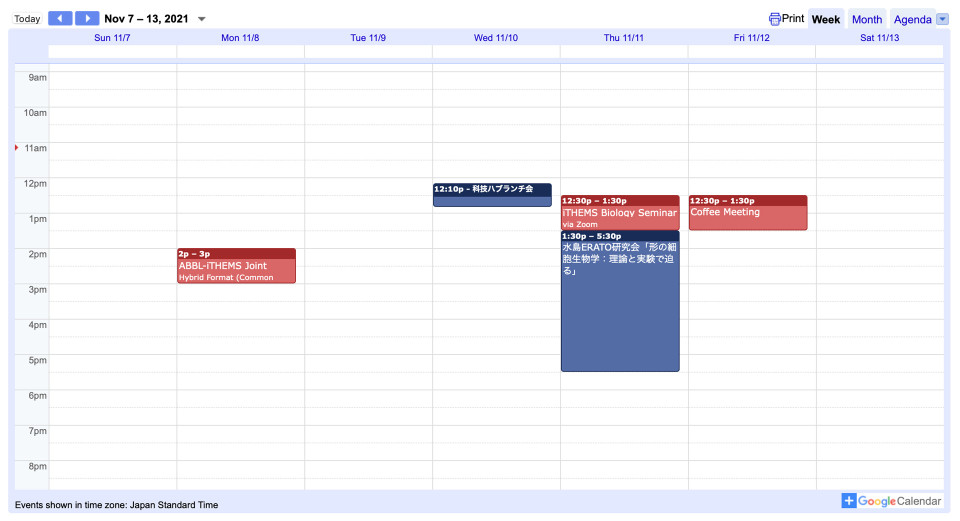 Events for the 2nd week of November 2021 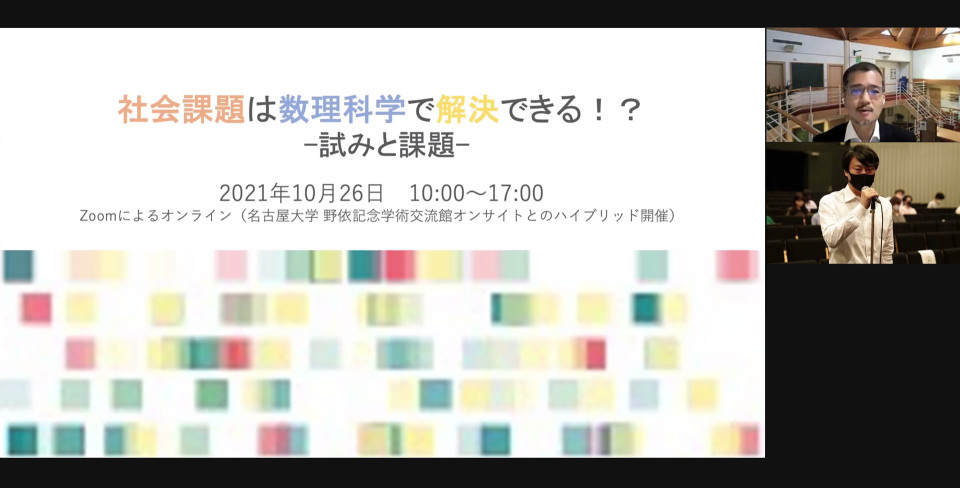 Can social issues be solved by mathematical science? -attempts and challenges

On Oct.26, the symposium "Can social issues be solved by mathematical science? -attempts and challenges" was held under the leadership of Takashi Sakajo (Kyoto Univ.) and Shingo Iwami (Nagoya Univ.) who are also iTHEMS colleagues. The symposium was held in a hybrid matter with more than 220 participants. After the presentations on various approaches to bridge the academia and industry, there were lively discussions on how to cross the valley between the mathematical science and social needs. 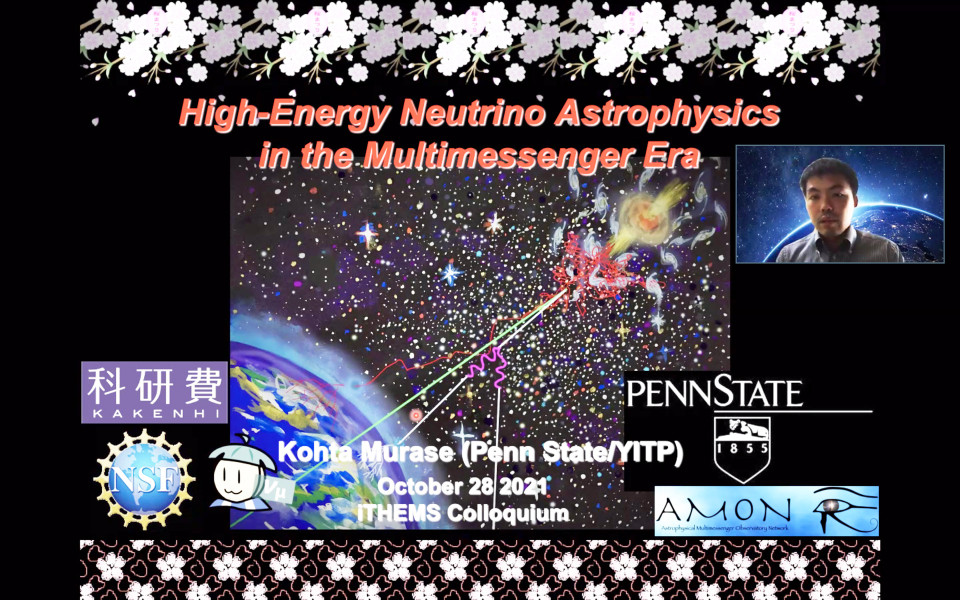 Our Universe is filled with mysterious high-energy emissions: Cosmic-rays (CR), neutrinos, and gamma-ray photons. They could be generated at the same source populations although we have not yet confirmed. Among these messenger particles, the neutrino is a special one to probe their origins. Cosmic rays are deflected by the magnetic field, while high-energy photons are attenuated during its propagation. Only the neutrino could preserve the information about the production sites.

Also, the neutrino should be a messenger to physics beyond the Standard Model. The fact that the neutrinos have finite masses itself requires the extension of the Standard Model. Its origin could be related to dark matter, new kinds of interactions, and so on. On-going and planned experiments should enable us to access these problems by combining spectrum, timing, and flavor information.

In this colloquium, Prof. Kohta Murase reviewed the above contents focusing on the latest results from neutrino observations and the development of the source modeling in the multi-messenger approach.
About 100 people have enjoyed his talk. Lots of questions and some deep discussions related to the topic continued after the main part of the talk. We would like to thank him again and express our great appreciation for your attendance.

Geometry and Physics of Mirror Symmetry

A hypernuclus is a subatomic systems with strange quark(s). They have been studied already for seven decades for understanding the fundamental baryonic interaction and nuclear matters inside the core of neutron stars. The hypertriton is the lightest hypernucleus with a neutron, a proton and a Lambda hyperon, and it is the benchmark in hypernuclear studies. However, recent experimental studies with heavy ion beams have revealed that the nature of the hypertriton is unclear, especially on its biding energy and lifetime. The most urgent issue is to measure its binding energy very precisely. Measurements with nuclear emulsion have provided the best precision for the hypernuclear binding energy, however, it requires a huge human load on visual image analyses. We have developed machine learning models to detect events associated with production and decay of hypertriton in nuclear emulsions data, and we have already discovered hypertriton events [1]. In the seminar, we’ll discuss the challenges and developments of our machine learning models as well as the outcomes and perspectives of our works.

Toward mathematical medicine: development of a new drug and digital medicine for sleep disorders

In this talk, I will illustrate collaborative stories between our math group and medical researchers to treat disrupted circadian rhythms and sleep. First, I will illustrate the key molecular mechanism for robust circadian rhythms against spatio-temporal noise, which we identified by analyzing spatio-temporal timeseries data of clock molecules. This explains why Alzheimer's diseases, obesity, and aging cause unstable circadian rhythms and sleep-wake cycle: cytoplasmic traffic jam, which provides a new paradigm to treat sleep disorders. Next, I will talk about our collaboration story with Pfizer Inc: how we used mathematical modeling to help the development of a new drug modulating the circadian phase. Finally, I will introduce our collaboration with Samsung medical center: how we used mathematical modeling to analyze complex sleep patterns of shift workers measured with wearables to find optimal sleep patterns minimizing sleep disorders. This opens the chance for the development of an app providing a personalized sleep schedule for shift workers. 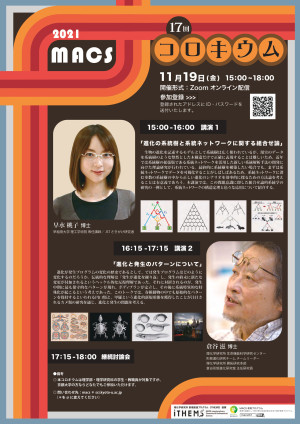 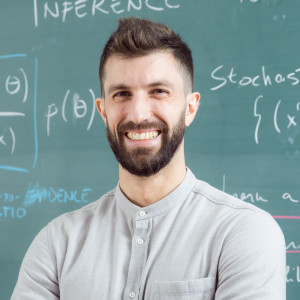 In many scientific fields, ranging from astrophysics to particle physics and neuroscience, simulators for dynamical systems generate a massive amount of data. One of the crucial tasks scientists are spending their precious time on is comparing observational data to the aforementioned simulations in order to infer physically relevant parameters and their uncertainties, based on the model embedded in the simulator. This poses a problem because the likelihood function for realistic simulations of complex physical systems is intractable. Simulation-based inference techniques attack this problem using machine learning tools and probabilistic programming. I will start with an overview of the problem and explain the general application of simulation-based inference methods. Then I will describe an application of the methods to a model of neurons in the visual cortex of mice."