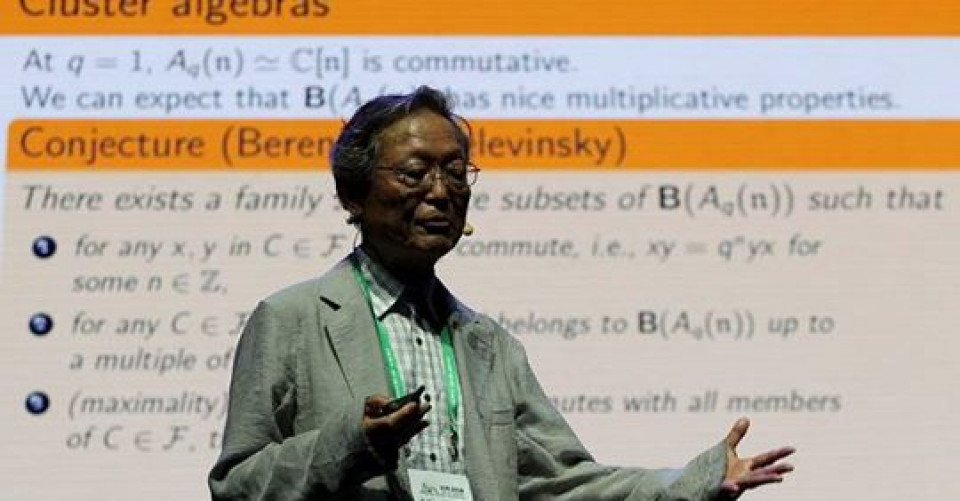 On the first day August 1, 2018 of the International Congress of Mathematicians (ICM) held at Rio de Janeiro, Brasil, the Fields Medals were awarded to the following four mathematicians.

Caucher Birkar:
For the proof of the boundedness of Fano varieties and for contributions to the minimal model program.

Alessio Figalli:
For contributions to the theory of optimal transport and its applications in partial differential equations, metric geometry and probability.

Peter Scholze:
For transforming arithmetic algebraic geometry over p-adic fields through his introduction of perfectoid spaces, with application to Galois representations, and for the development of new cohomology theories.

Akshay Venkatesh:
For his synthesis of analytic number theory, homogeneous dynamics, topology, and representation theory, which has resolved long-standing problems in areas such as the equidistribution of arithmetic objects.

At the same time, the Rolf Nevanlinna Prize was awarded to
Constantinos Daskalakis:
For transforming our understanding of the computational complexity of fundamental problems in markets, auctions, equilibria, and other economic structures. His work provides both efficient algorithms and limits on what can be performed efficiently in these domains.

You might know that the Fields Medal of Caucher Birkar was stolen just after the celemony and he was given the medal again on August 4.

On August 4, the Carl Friedrich Gauss Prize was awarded to
David L. Donoho:
For his fundamental contributions to the mathematical, statistical and computational analysis of important problems in signal processing.

On August 4, the Chern Medal Award was given to
Masaki Kashiwara (the photo above) :
For his outstanding and foundational contributions to algebraic analysis and representation theory sustained over a period of almost 50 years.

On August 9, Leelavati Prize 2018 was awarded to
Ali Nesin:
For his outstanding contributions towards increasing public awareness of mathematics in Turkey, in particular for his tireless work in creating the "Mathematical Village" as an exceptional, peaceful place for education, research and the exploration of mathematics for anyone.

The 2018 ICM Emmy Noether Lecturer is Sung-Yung Alice Chang
for her leading contributions to harmonic analysis, geometric analysis, differential geometry and partial differential equations. The lecture was given on August 3 and the award was given after the lecture. 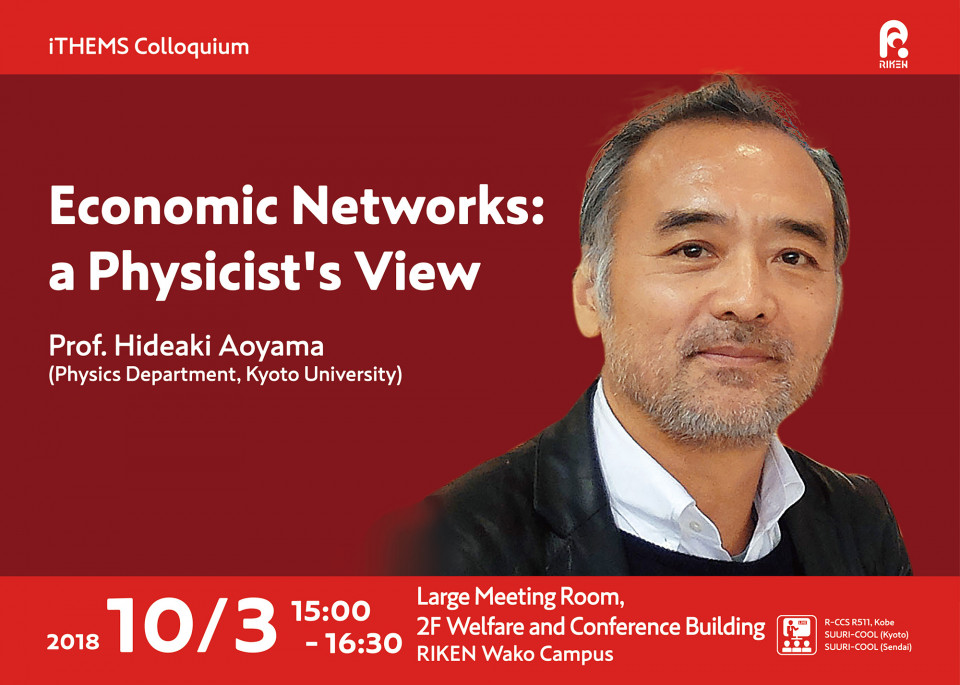 Economic phenomena occur on networks formed by agents, such as firms and financial institutions. In order to understand the dynamic nature of economy, we need to understand structures of those networks and interactions between economic agents on it. In this talk, I will review several important research results on this theme, most of which uses Japanese rich, actual (not simulated) network data, including trade (production) network of about one million firms. Community structures, simulation of effect of natural disasters, new methodology required for such inquiry are some of the topics to be covered. 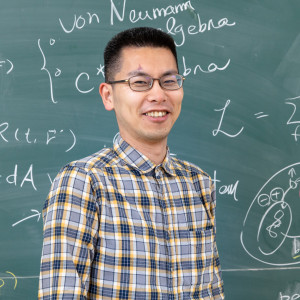 My name is Takumi Doi. My main research subject is to unravel the mysteries of nuclear forces from the fundamental theory, quantum chromodynamics (QCD), and hereby to establish the bridge between different hierarchies in physics, from quarks to nuclei and cosmos.

In my research, I employ the so-called lattice QCD method, which can perform the first-principles calculation of QCD by numerical computations. Nowadays, numerical computations serve a unique role not only to bridge the theory and phenomena but also to bridge different fields of science. iTHEMS is hosting good computational resources to pursue such interdisciplinary studies, and I wish to support your computational studies and seek new collaborations at iTHEMS.