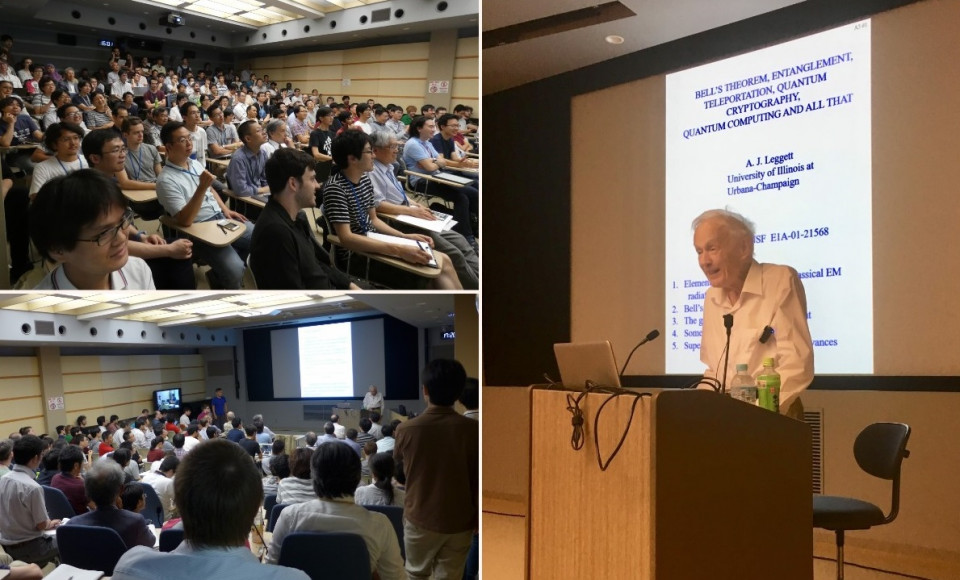 iTHEMS-CEMS Joint Colloquium was held on July 19 at Okochi hall with a distinguished speaker, Prof. A. J. Leggett (Univ. Illinois at Urbana-Champaign).

The hall was packed with full of audience (more than 150 participants) to listen the talk by the world's leading theorist in quantum physics.
Prof. Leggett started his lecture with elementary considerations on classical radiation. Then he moves on to describe two photons emitted back-to-back in atomic transition and subsequent observation of the photon polarizations. In the "objective local theory" in which (i) local causality, (ii) induction and (iii) microscopic realism are assumed, one can prove an inequality for certain correlation measurement (Bell's theorem). Since quantum mechanics violates the inequality, the natural consequence is that (iii) is not satisfied in quantum mechanics. The key idea behind is the "entanglement" in which information is stored in non-local manner in quantum mechanics. Then, he talked about the notions of quantum teleportation, quantum cryptography and quantum computer where entanglement plays the essential role. The audience listened his lecture attentively and was fascinated by the interesting aspect of quantum mechanics and its applications.

This seminar is aimed at scientists in general, not only to mathematicians. 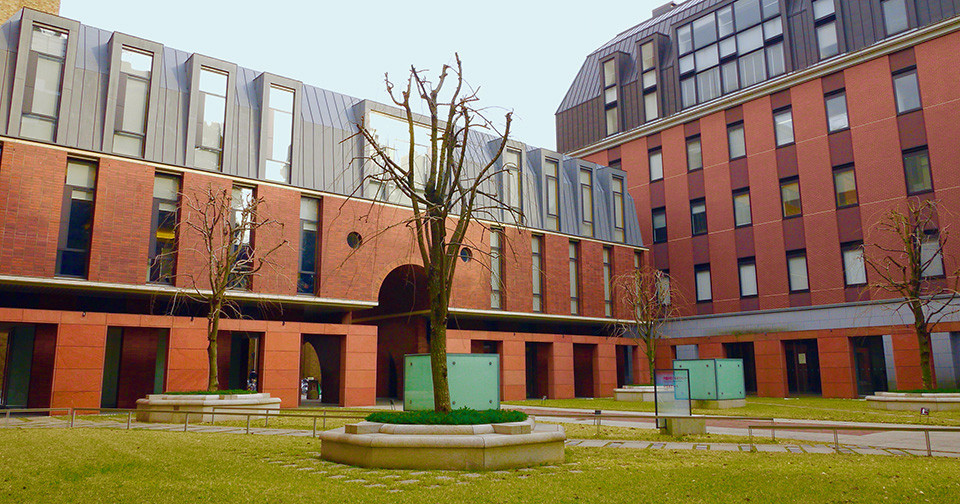