In science, significant breakthroughs often stem from the connection between two distinct disciplines. Induced superconductivity can be observed in DNA via the proximity effect. A non-zero Chern number reveals that ocean and atmospheric waves exhibit similar underline features of topological insulators. The goal of this study group is twofold: 1. Build multiple bridges from quantum matter to other fields, and 2. explore the fundamentals of quantum matter. The study group aims to initiate a connection between iTHEMS and the Center for Emergent Matter Science (CEMS) through talks and lectures, stimulate international collaborations by inviting speakers worldwide.

The study group's objective is to remove obstacles between quantum matter physics and other fields and alleviate fears for outsiders to enter unfamiliar areas. We believe that the study group's seminars and talks can create interdisciplinary collaborations and strengthen the internal and external connections. 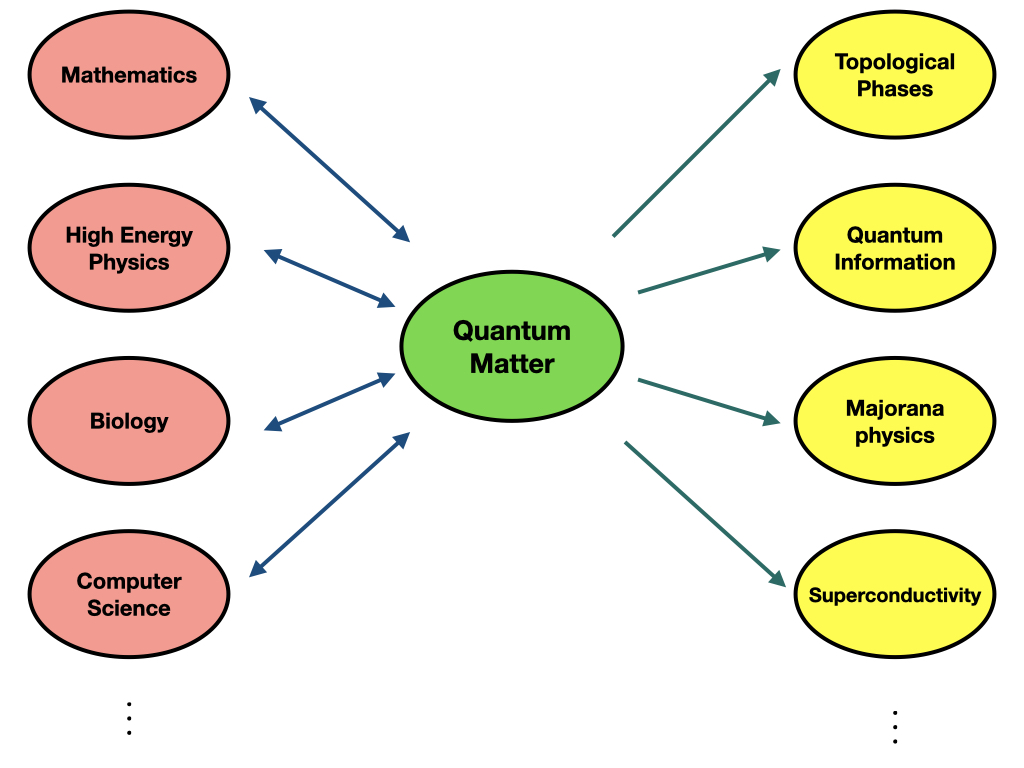