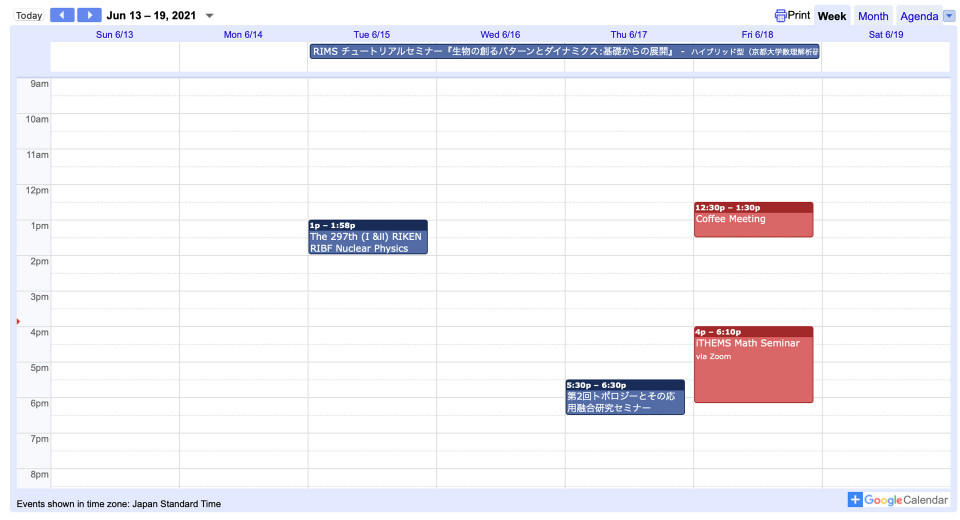 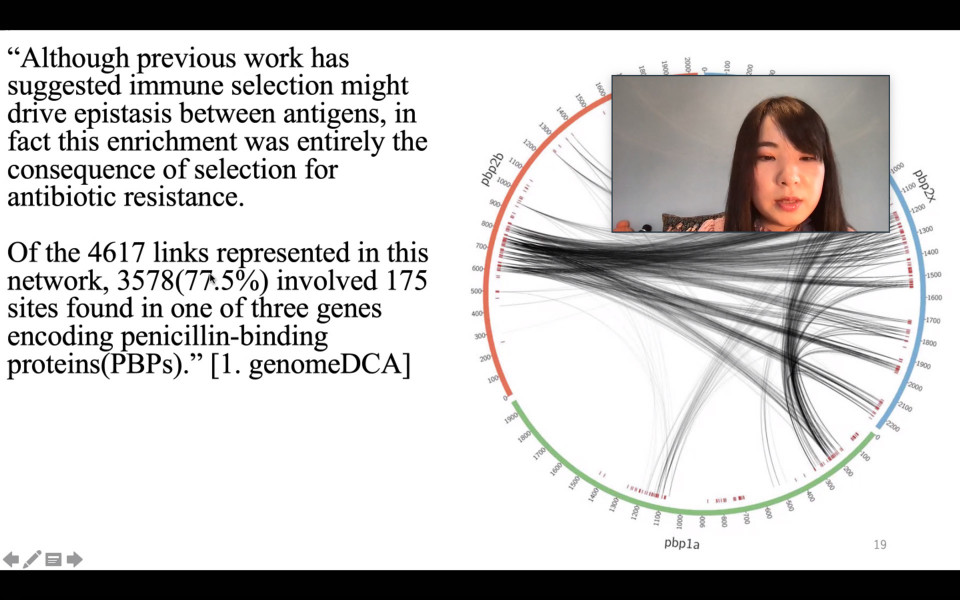 On June 3rd, Yingying Xu who recently joined iTHEMS gave a talk at the Biology Seminar. She spoke about her past research on applying ideas from statistical physics to genetics, especially on what is called "epistasis". Statistics plays a crucial role in the study of genetics, and one of the main challenges now is to understand the combined effect of multiple mutations, which is often referred to as epistasis. This clearly requires input from statistical physics, so I was very excited to hear the progress made with people from statistical physics - Yingying and her colleagues being involved. Her talk was also very helpful for everyone to get an idea of how advanced statistics/mathematics is being applied to genetics. It was also great to see the expertise of Yingying, and we will be looking forward to further interaction with her. 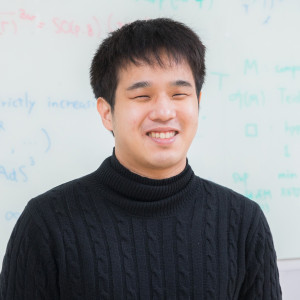 Introduction to the replica method

The replica method is a mathematical technique for evaluating the "quenched" average of logarithm (or a real number power) of the partition function with respect to predetermined random variables that condition the objective system.
The technique has a long history, dating back at least to a book by Hardy et al in 1930s, but has become well known only since its application to the physics of spin glasses in 1970s. More recently, its application range is spreading rapidly to various fields in information science, including information theory, communication theory, signal processing, computational complexity theory, machine learning, etc.
In this talk, we introduce the basic idea of the replica method and its mathematical fault illustrating a few examples.

Dr. Satoshi Shirai (Project Assistant Professor, Kavli Institute for the Physics and Mathematics of the Universe (Kavli IPMU), The University of Tokyo)

We are now living in the era of precision cosmology. The relic abundance of dark matter (DM) is now observationally well-determined, and its error is smaller than O(1)%. This means that the same or much higher precision is required when we make theoretical predictions.
Weakly Interacting Massive Particle (WIMP) has long been the leading candidate for DM because of its beautiful mechanism to predict the observed relic abundance. WIMP is in the same thermal bath as the Standard Model particles in the beginning. At a certain point when the temperature of the Universe is smaller than the DM mass, it decouples to fix its number density. The yield of the DM is determined by its annihilation cross-section to the Standard Model sector.
It seems that there is no ambiguity in the calculation of this process at first: the cross-section is purely theoretical and all the remainings are described in the Standard Model physics. However, the source of the uncertainty does remain in the Standard Model sector. The dilution of the number density of DM particle depends on the expansion rate of the Universe, which is determined by the Standard Model particles. The effective degree of freedom (d.o.f) of the relativistic species controls this factor. We have to deal with the non-equilibrium dynamics to precisely describe the time-evolution of the d.o.f, in which we need numerical approaches.
In this talk, he introduced his work to update these calculations. By implementing the latest findings in the non-equilibrium dynamics in i) the neutrino decoupling, ii) the QCD phase transition, iii) the electroweak phase transition, and iv) the perturbative calculations, they found that the final d.o.f is smaller than the previous estimate in more than 1%. This is larger than the level of precision in observations. It is also important that the uncertainty is quantified by them.
Another good news is that he makes the calculated d.o.f with its error publically available. With these updates, we now correctly know the points to probe DM! 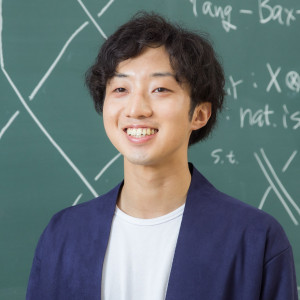 Through the course of life, from the moment of birth till death, an organism will achieve various states of equilibrium or ‘homeostasis’ which will inevitably encounter perturbations. The processes of cell growth, differentiation, infection, mutation, evolution and adaptation work together as a coordinated ‘system’, described by mathematical models for population dynamics, to maintain a healthy state. Any disruptions to this system leads to disease including infection, allergy, cancer, and aging. We are conducting interdisciplinary research to elucidate “Quantitative Population Dynamics” through the course of life with original mathematical theory and computational simulation, which are both our CORE approach. Our mathematical model-based approach has quantitatively improved a current gold-standard approach essentially relying on the statistical analysis of “snapshot data” during dynamic interaction processes in life sciences research. In this talk, I will explain how our interdisciplinary approach extends our understanding for complicated clinical data and apply real world problem with an example of the Novel Coronavirus Disease, COVID-19.