Shigefumi Mori will be awarded the Order of Culture 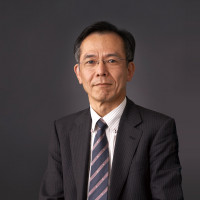 We are very happy to hear that Shigefumi Mori, Director-General and Distinguished Professor, KUIAS and Senior Advisor of RIKEN iTHEMS, will be awarded the Order of Culture in recognition of his “outstanding achievements in mathematics, especially in algebraic geometry, in creating Mori Theory, a theory of minimal models of algebraic varieties, which has had a significant impact on a wide range of fields in the mathematical sciences, and for his outstanding contributions to the development of this field”. Mori-san’s field of expertise is mathematics, especially algebraic geometry. He was awarded the Fields Prize at the International Congress of Mathematicians in 1990 for his great work on the classification problem of algebraic varieties, a central theme in algebraic geometry, and has continued to vigorously lead research in related areas.

In such a biological species, there are many (non-isomorphic) individual algebraic varieties. Which individual should we choose to show in the dictionary as a “standard example”? In this kind of situation, mathematicians usually want to bring the simplest possible representative example, which algebraic-geometers call “minimal model”.

What happens in higher dimensions? In any dimension, fortunately, we can always transform an algebraic variety into a non-singular one by birational transformation (This is an important result by Heisuke Hironaka, another Fields Medalist). But if the dimension is greater than or equal to 3, in the process of creating smaller algebraic varieties, it is sometimes inevitable to allow some singularities to re-appear. This makes the classification problem much more difficult in higher dimension. However, Mori-san proved that we can always find the minimal model in three dimension if we allow the existence of mild singularities called “terminal singularities”. It is very hard to construct smaller algebraic varieties without causing bad singularities, but Mori-san constructed a theory to overcome this essential difficulty. After Mori-san’s breakthrough, there has been a big development in classification problems in dimensions higher than 3. Moreover, the theory has had (and will have) vast applications in various areas of mathematics.

I have introduced only a small part of the great achievements of Shigefumi Mori. We congratulate Mori-san on his award and on the progress of higher dimensional minimal model program.

iTHEMS wishes him further progress in Mori Theory and in the promotion of mathematical sciences.

Hiroyasu Miyazaki
(on behalf of iTHEMS)