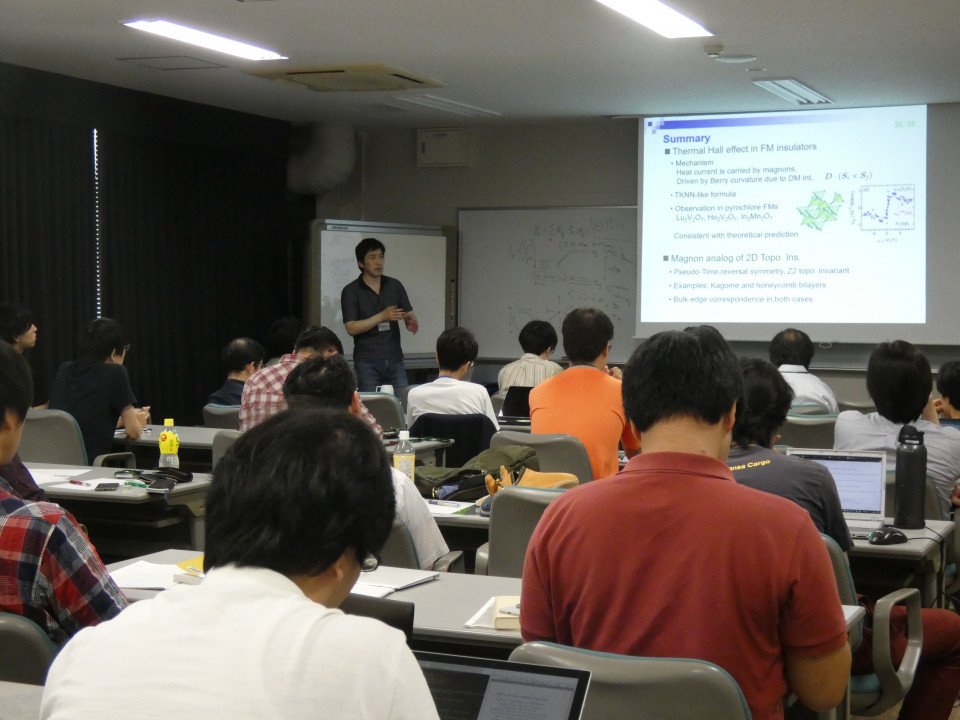 Summary of the lecture of Introduction to quantum many-body system

A lecture on “Introduction to quantum many-body system “ by Prof. Hosho Katsura was held from September 5 to 6 at RIKEN. In particular, we studied basic concepts of many-body systems on lattices and how to investigate their properties in analytical and numerical ways. In the first part of the lecture, non-interacting Fermi and Bose systems on lattices were focused and we learned how to calculate energy bands. Such systems included Kitaev chain and Su-Schrieffer-Heeger model for one-dimensional fermions as well as free bosons describing low-energy properties of quantum magnets. In the second part, we studied spin systems such as Affleck-Kennedy-Lieb-Tasaki model from the perspective of frustration-free systems and the concept of matrix product states.
The attendees were scientists from various backgrounds; physicists specializing in condensed-matter physics, atomic physics, nuclear physics, and particle physics as well as mathematicians. This lecture was filled with fruitful discussion and instructive to attendees who are not professional in lattice systems.