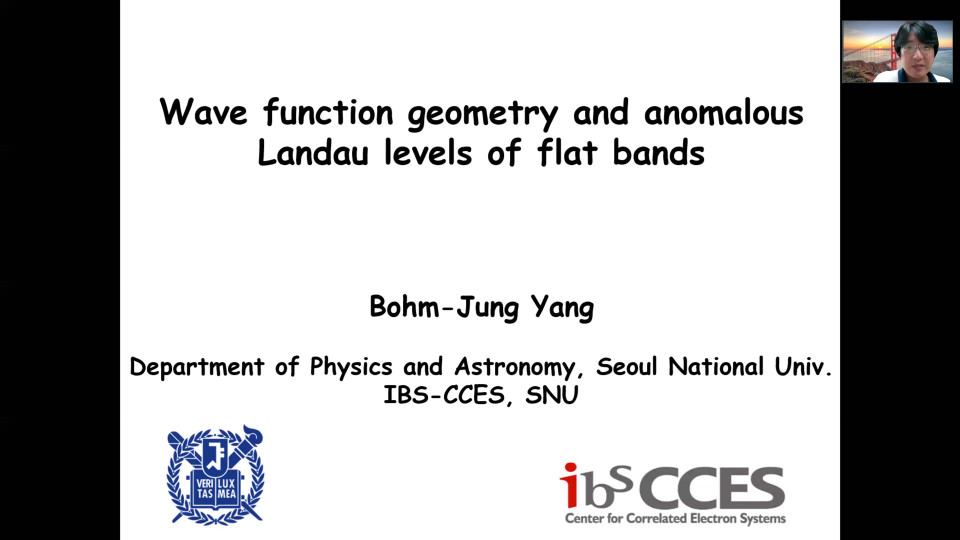 The Quantum Matter study group had the honor to invite Prof. Bohm-Jung Yang to give a talk on October 7th. He talked about wave function geometry and anomalous Landau levels of flat bands. He started with a heuristic introduction by explaining the geometry matters in a flat band, including the notion of the (Hilbert-Schmidt) quantum distance and the quantum metric. Particularly, he used a Kagome lattice as an example of the singular touching point of the flat band and quadratic band locked by the geometry. Furthermore, in the presence of a magnetic field, the singular flat band evolves into very dense anomalous Landau levels. Remarkably, the relation between the Landau level spreading and the maximum of the quantum distance can be described by a universal formula, independent of material parameters. In consequence, deducing the Landau level spreading in (spectroscopic) experiments would allow for the measurement of the quantum distance, thus probing the quantum geometry of the wave functions. The study was extended to the (spin-orbit-coupled) Lieb lattice with one flat band sandwiched by two dispersive bands. In this case, the Landau level spreading of the isolated flat band is determined by the fidelity tensor. This talk showed us the interesting and subtle interplay between the band flatness and the Landau levels.