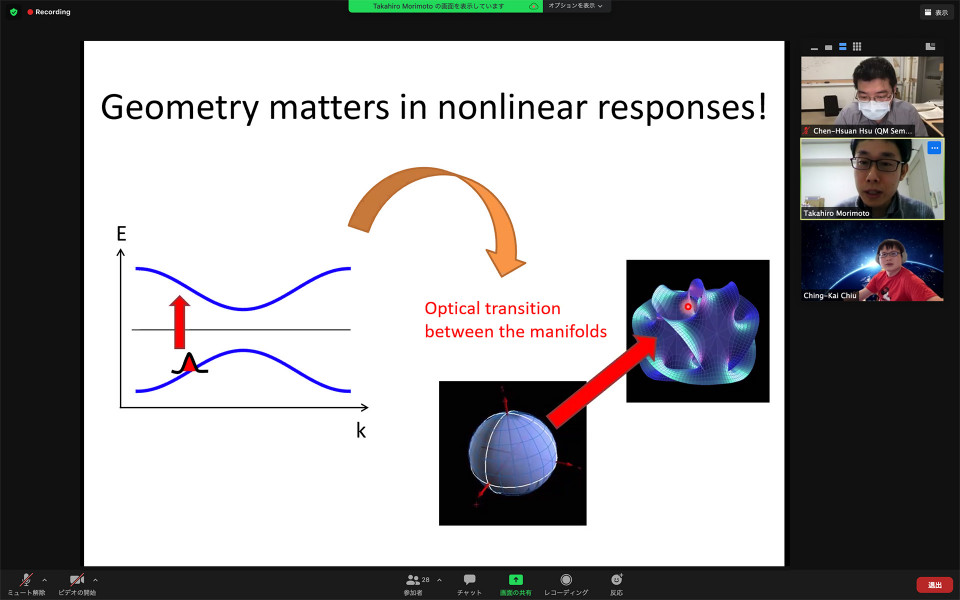 On March 16th, Prof. Takahiro Morimoto from the University of Tokyo gave an online talk on geometric nonlinear optical effects. First, he introduced topological states of matter and the notion of the Berry connection to the audience. He explained how these concepts lead to the quantization of observable quantities in the linear-response regime so that the audience learned the background to understand his main research works. After the introduction, he talked about several geometric nonlinear effects in topological states beyond the linear response theory. In particular, the shift current stems from the geometric nonlinear response, and the quantized circular photogalvanic effect can be realized in specific Weyl semimetals. In addition to the theoretical concepts, he also discussed experimental observations, such as perovskite-based solar cell materials and chiral multifold fermion compound RhSi. During and after the talk there were interactive discussions, and more than 25 participants attended this well-presented talk.