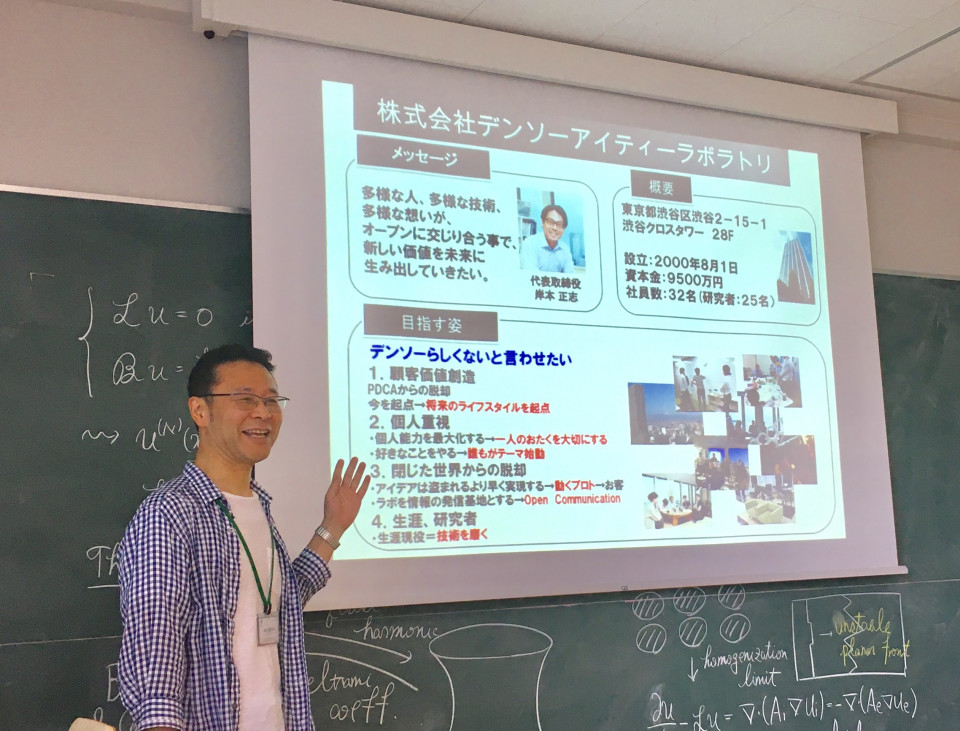 Joint innovation seminar between RIKEN iTHEMS and Denso IT lab. was held on June 28

On June 28, joint innovation seminar between RIKEN iTHEMS and Denso IT lab. was held. After the general introduction to the Denso IT lab. There were two talks from Denso IT lab. (Human-car interface; Machine leaning and computer vision) and two talks from RIKEN iTHEMS (Topology in classical systems; Hadrons in quantum chromodynamics). It turned out that the background of all 4 speakers are theoretical physics. The iTHEMS coffee room was filled with people from both labs. and lively discussions among participants continued until 8pm. This meeting would be a model case where "real" interactions between researchers in academia and industry are made possible.