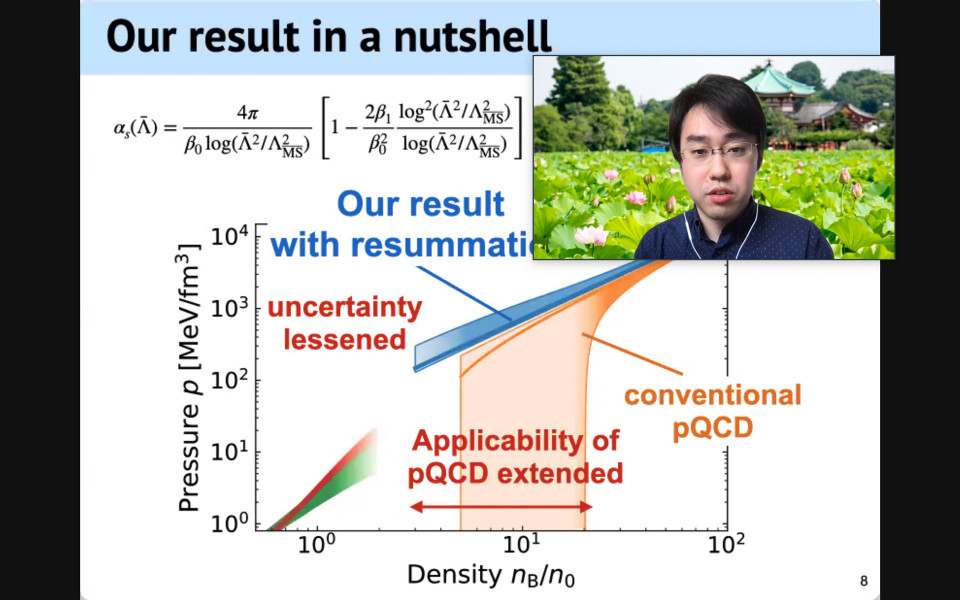 On June 29th, Yuki Fujimoto (The University of Tokyo) gave the iTHEMS-physics seminar on the equation of state (EoS) in the dense baryonic matter. The EoS of dense baryonic/quark matter is the crucial ingredient for understanding neutron stars. He nicely reviewed the current state of the high-density matter EoS based on the QCD perspectives. His recent work on the EoS calculated within the pQCD framework with the resummation [Fujimoto & Fukushima, 2011.10891] gives the Hard Dense Loop resummation formula which turns out to reduce the uncertainty compared with the conventional pQCD estimate without resummation. His approach extends the applicability of the QCD-based EoS down to densities realized inside neutron stars and infers a smooth matching with the baryonic EoS. The audience asked a lot of questions and had fruitful discussions.