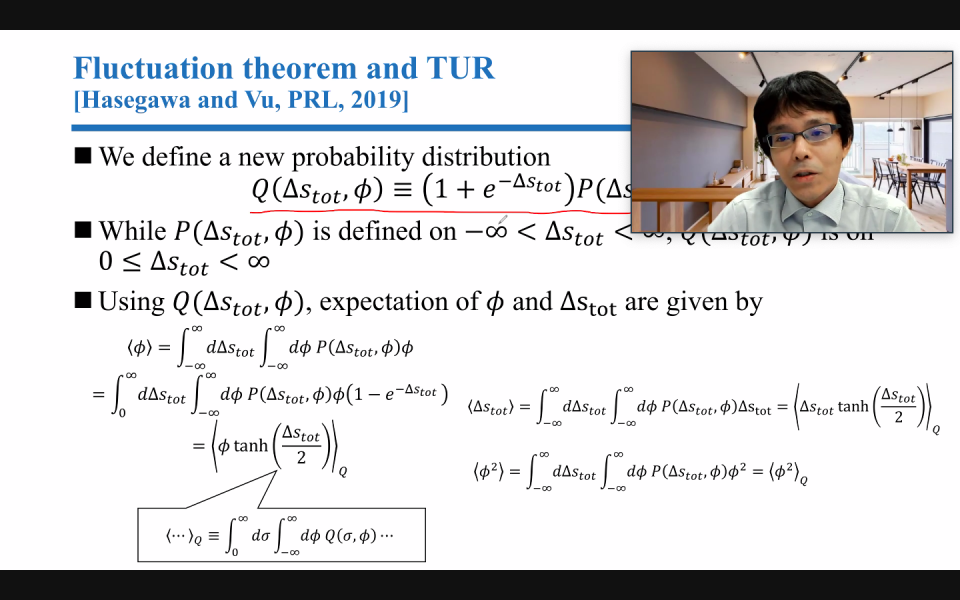 On April 28, Prof. Yoshihiko Hasegawa (Associate Professor, The University of Tokyo) gave us a talk on the thermodynamic uncertainty relation (TUR).
In the first part of his talk, he started from a motivation to consider trade-off relations between energy and cost, showing biological examples. After reviewing general theory of stochastic thermodynamics and TUR for classical Markovian systems, he presented two recent works of him: one is to derive the TUR from information-theoretic method (i.e., the Cramer-Rao bound) and the second is to derive it from the fluctuation theorem.
In the second part, he discussed quantum version of the TUR. After the review of quantum dynamics under measurement, he showed the quantum TUR for general open systems. He applied his theory to continuously measured systems and explained its physical meaning.
There were a lot of interactive discussions during and after the talk. We really thank Prof. Hasegawa for his great talk.