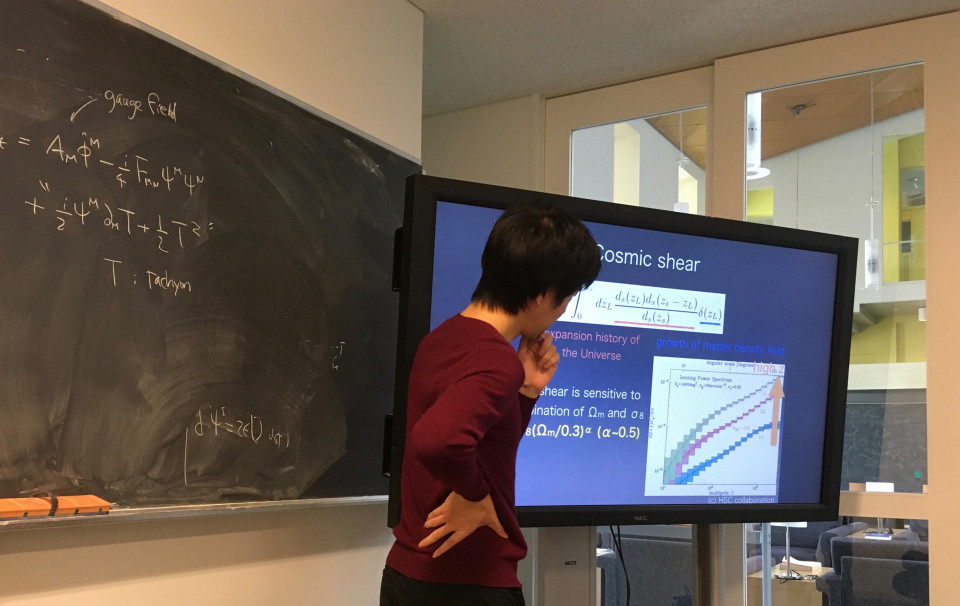 The weak lensing measurement is a powerful tool to probe the matter distribution in the Universe up to redshift z~2. Lots of galaxies are seen in the optical wavelength and the seeing of HSC is fine enough to determine the shape of the galaxy. When massive objects (i.e., dark matter halos and so on) lie on our lines-of-sight, the image of the background galaxies is distorted in a specific pattern. Photometric data of the HSC enables us to tomographically derive the map of the integral of the matter density. This quantity is referred to as the "shear". The power spectrum of the shear map leads to the cosmological parameter such as the total matter density. HSC has revealed that the matter density is in 10-30% of the total energy density of the Universe and previously claimed tension of the cosmological parameters between the measurements may not exist. With future HSC observations, a much precise and deep understanding of the matter distribution in our Universe should become available.