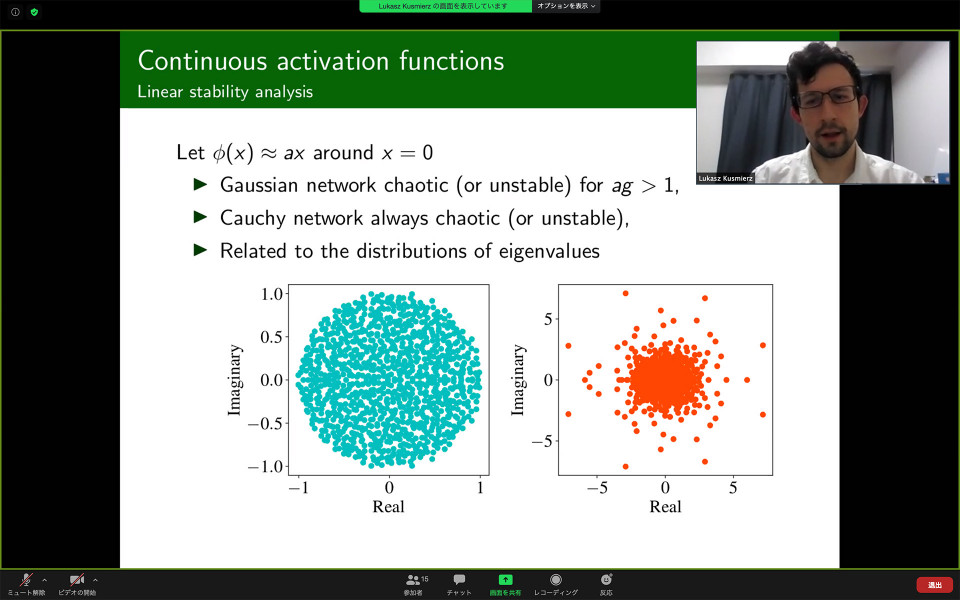 On 5th August, Ph.D. Lukasz Kusmierz ( RIKEN Center for Brain Science ) gave a talk at the iTHEMS Biology Seminar. Dr. Kusmierz introduced us to his work that modeling of heavy tails in the distribution of synaptic weights in the brain. His modeling, called "Cauchy network" which is based on the Cauchy distribution, has been successful in recreating biologically distributions. It could serve as a useful framework for checking the effects of synaptic heavy tails in various scenarios. His research will be a major step forward in the future of neuroscience. Thank you very much, Lukasz!

Heavy tails in the brain