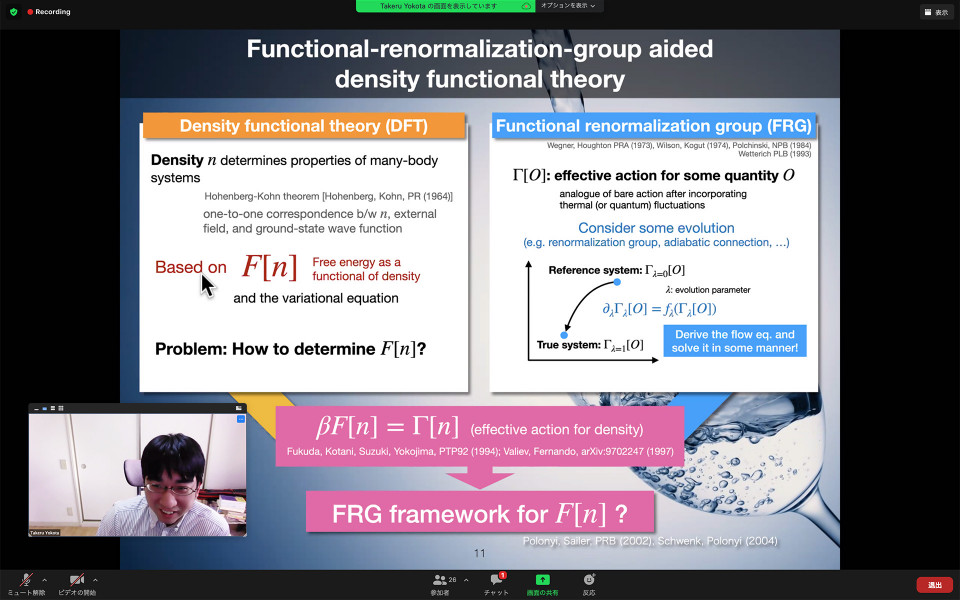 On December 17, the iTHEMS-phys seminar entitled "Classical liquids and functional renormalization group" given by Dr. Takeru Yokota (ISSP, U. Tokyo) was held. He has been working for the functional-renormalization-group-aided density functional theory (FRG-DFT) for several years. Recently, he is applying this method to classical liquid. As a benchmark calculation, he applied to a one-dimensional exactly solvable system. The exact solution was sucessfully reproduced by the method.

The seminar was held via the Zoom online conference systems. More than 20 people, including outside from iTHEMS, attended the seminar. The discussion was quite lively, and it was continued several hours even after the seminar.