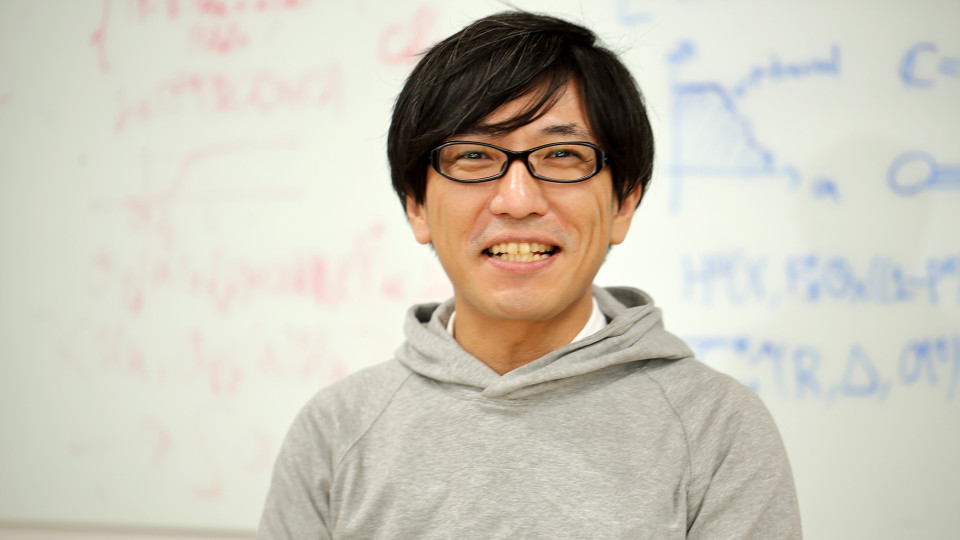 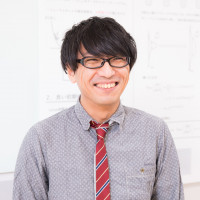 Affiliation and position are as of the interview date: April 2019
(Written and Photographed by Yoshitaka Arafune, science writer)

Deep learning and the evolution of AI

A number of new technologies have appeared over the last 10 years. Among others, artificial intelligence (AI) is expected to dramatically change our society. In January 2016, the AI go-game program AlphaGo defeated the human European Go champion, raising the profile of AI. Go seems simple, but it requires complex thoughts and strategies, and AI was considered to be decades behind humans.

The rapid development of AI is driven by the technology called deep learning. With the advent of this technology, groundbreaking results have been announced one after another in various fields, such as image recognition, machine translation, and autonomous driving, as well as Go.

Dr. Masato Taki is a senior research scientist working on deep learning in iTHEMS. Deep learning is an advanced mathematical method based on neural networks, and was originally proposed as a model for human brain . By stacking the layers that process the input signals, the computer itself learns various features of the big data such as the photo images .

Dr. Taki says, “What you do with the deep learning is a very simple task of processing incoming numerical data in each layer. However, by repeating a simple operation many times, information with a high level of abstraction that humans cannot understand is extracted by the end of the process. By solving problems based on this technique, the performance of AI has improved significantly. However, no one knows yet why AI with high performance can be achieved through deep learning.”

Dr. Taki originally worked on superstring theory in elementary particle physics. Superstring theory has a strong mathematical element, and he had a desire to understand the real world in terms of mathematics. However, Dr. Taki says, “Although superstring theory is very interesting mathematically, the theory itself is still incomplete, and various assumptions and approximations need to be introduced. Therefore, it is difficult at the moment to foresee whether the theory can be proved right or wrong, even if people continue to study it for another 100 or 200 years.”  For this reason, he felt some frustration with string theory.

“Just around the time I became frustrated with string theory, I encountered the deep learning. Deep learning had become a popular research topic in the overseas physics research community several years ahead of Japan,” says Dr. Taki, looking back. At first, he was rather skeptical, since AI research had boomed several times in the past, but it ended after about 10 years without producing useful outcomes. “This time, however, I often heard about interesting deep learning results, so I decided to study it before I became too critical. After studying a little, I found that revolutionary progress was occurring in deep learning. I began to think that this is indeed a breakthrough moment in science and technology, and I have immersed myself in research on deep learning since then.''

In recent years, AI is actively used in the field of physics. For example, by processing big observational data with AI, researchers search for new supernovae as well as calculate the distribution of dark matter. Being a theoretical physicist, Dr. Taki could have studied similar physics themes using deep learning; however, one of the problems he has chosen to tackle is the use of AI for analyzing medical data, such as microscopic images. “I have many friends who conduct research related to medical care, and I have arrived at my current research theme through exchanges of ideas with those friends. Although we are now able to collect large amounts of medical data, there are some difficulties in using those data for diagnosing diseases,” says Dr. Taki.

Recently, it has become possible to automatically select photos of cats and pandas from a large number of photos on the Internet using AI image recognition technology. In such a case, it is possible to determine that a cat or panda appears in the photo using only relatively large-scale information, such as outline and color. There is no need for detailed fur information.

However, when medical doctors identify cancer cells in microscopic images, both large-scale information, such as multiple cancer cells forming abnormal tissue, and detailed information, such as cell nucleus deformation and the outline of a single cell, are combined to make an accurate diagnosis. Dr. Taki says, “Diagnosing cancer cells by analyzing images is a much more difficult task than general image recognition, but if this problem can be solved, the burden on doctors will be greatly reduced.”

With the development of deep learning, humans have acquired a powerful tool that can solve many problems. But deep learning remains a black box, and why it is so effective is still a mystery. “To date, major targets of physics and mathematics have been phenomena that can be explained or manipulated by equations with a few parameters. In other words, they are techniques that capture only a few essential features of complex phenomena. On the other hand, deep learning provides a mathematical framework to capture complicated phenomena as they are."

The discovery of the method of deep learning was groundbreaking. However, the current status corresponds to the situation that only natural phenomena have been discovered while its microscopic mechanisms are not clar ified. Therefore, explaining the mechanisms of deep learning is quite important from the point of view of mathematical science.

Currently, researchers all over the world are working energetically to clarify what is happening inside deep learning. Dr. Taki is trying to unravel the mechanisms of deep leaning by visualizing its inference processes. For example, if we understand which part of a picture that deep learning focuses on to recognize cats and pandas, we should be able to know how the deep learning operates.

The elucidation of the mechanism of deep learning will further accelerate the development of AI technologies. In addition, it may lead to novel methods that can be extensively applied in fundamental research in physics and biology.

(The photos show the workshop held at Tohoku University on March 29, 2019 and Coffee Meeting.)