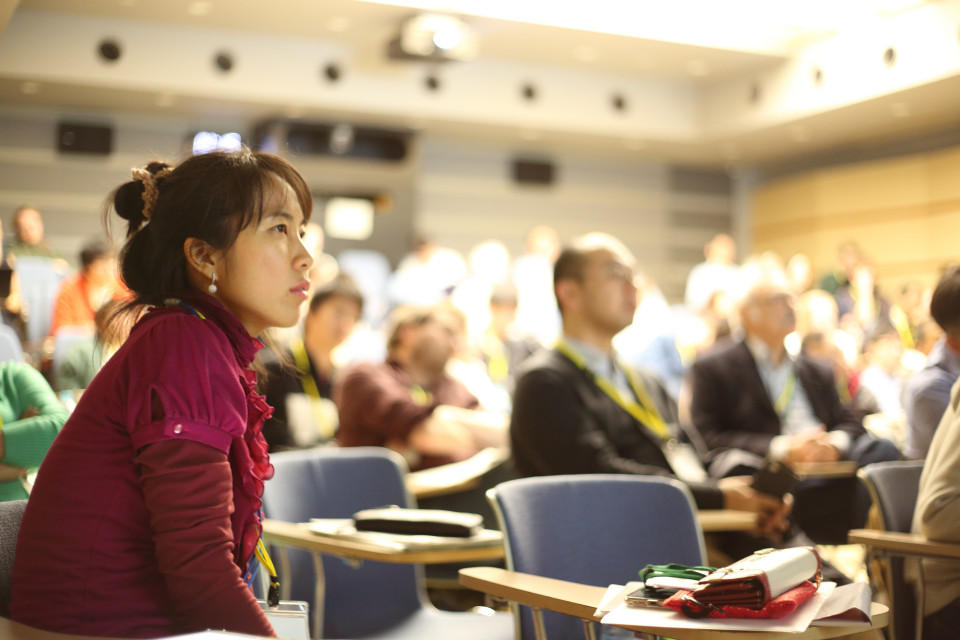 Knowledge that spreads from many encounters 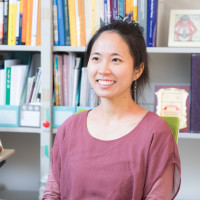 Dr. Ade Irma Suriajaya (Chacha) is originally from Indonesia and shifted her field from aeronautical engineering to mathematics. We will introduce the beauty of mathematics, which Chacha has been eager to learn, going so far as to move from Indonesia to China and then onto Japan.

Affiliation and position are as of the interview date: February 2019
(Written and Photographed by Yoshitaka Arafune, science writer)

A class that led to math

Ade Irma Suriajaya, a mathematician from Indonesia, is known by fellow researchers and colleagues by the nickname Chacha. She says she had never considered becoming a mathematician when she entered university.

In Indonesia, a developing country, many young people choose engineering at university because demand for engineering professionals is higher than for natural sciences. Consistent with this trend, Chacha enrolled at Nanjing University of Aeronautics and Astronautics in China to study aeronautical engineering in order to help society. However, in the first semester, she enjoyed studying mathematics so much that she began to consider pursuing a career in mathematics.

The shift from aeronautical engineering to mathematics was not easy. As a result of exploring ways to learn mathematics, Chacha grabbed the opportunity to study at Nagoya University as an exchange student in the third year of her studies. Although she was enrolled in the engineering department at Nagoya University, she focused on mathematics. “I was impressed by the fact that you can prove things in pure mathematics without any logical or theoretical gaps,” Chacha recalls. She then made up her mind to become a mathematician.

When she returned to Nanjing University of Aeronautics and Astronautics, despite being in the last year of her undergraduate program, Chacha negotiated to move to a mathematics major using credits mostly from Japanese and pure mathematics courses acquired during her exchange program. Unfortunately, Nanjing University of Aeronautics and Astronautics did not offer a pure mathematics major for undergraduates at that time; the only math major offered was an applied mathematics major in the Faculty of Science. Thanks to the kind support of the teacher who was in charge of the calculus class that led Chacha to mathematics, she was allowed to change her major in the last year of her undergraduate degree program. While writing up her bachelor thesis, Chacha also prepared herself for the entrance exam to enter the master’s degree program in the Graduate School of Mathematics, Nagoya University.

In graduate school, Chacha was interested to work on the distribution of the zeros of L-functions. She immediately fell in love with this topic at the first conference she attended. Her interest became stronger as she attended more conferences. Her advisor then suggested that she read a newly published paper on the derivative of the Riemann zeta function and she started her second semester in the master’s program with that paper.

Chacha's research gradually expanded, and she acquired her Ph.D. with a dissertation written on the distribution of the zeros of the derivative of Dirichlet L-functions. “With help from my advisor and senior colleagues, I could deepen my understanding in zeta functions and L-functions and expand my perspectives in mathematics. The biggest charm of math is that I can prove by myself whether my ideas are correct or not." said Chacha.

In April 2017, Chacha entered RIKEN iTHEMS as a special postdoctoral researcher. Since RIKEN did not have labs for research in pure mathematics before iTHEMS was launched, iTHEMS received a lot of attention from many mathematicians. During research meetings in mathematics, many people asked Chacha about the research environment at iTHEMS.

iTHEMS, which promotes interdisciplinary research in mathematical sciences, holds many seminars and colloquiums in which researchers in various fields, such as physics and biology, explain their research to researchers in other fields. Chacha participated in these seminars as much as possible and she gained a lot of knowledge in fields outside of her expertise.

She later met a biophysicist working in virology and they started working on a project together. The mathematical problem is to prove the equivalence of the two differential equations used in virology. Chacha says "I never thought so much about differential equations, but the problem seems to be very interesting, so I decided to get involved in the research. There are sometimes difficulties in understanding the problem since we do not share the same scientific language, so it was a new challenge for me. If I did not come to iTHEMS, I would never have had the chance to do this kind of interdisciplinary research."

As a member of iTHEMS, Chacha was able to learn not only physics and biology but also other fields of mathematics. “Even mathematicians often find it difficult to understand other fields in math. In iTHEMS, talks and lectures are generally prepared for a broad scientific audience, so it becomes easier for me to learn mathematics in other fields. A one-year lecture series on knot theory was held in iTHEMS in 2017, and in 2018, iTHEMS organized lectures on operator algebra as well as cryptography. I was able to study these subjects in detail. iTHEMS encourages its members to freely learn what they are interested in and to write high quality papers in areas of their own interest, so I was able to study and try new research without pressure,” said Chacha happily.

An L-function is formed as a generalization of some zeta function. Replacing 1 with a special function in the numerator of the series defining the Riemann zeta function, we can define Dirichlet L-functions. Since then, various types of L-functions have been discovered and studied.

The study of knots of a looped string as a mathematical object. One field of topology.

Created by the mathematician John von Neumann from Hungary. It is also called an operator ring. It is originally a mathematical concept created to understand the nature of quantum mechanics. Its essential concept lies in infinite-dimensional linear algebra. To understand infinity, we require the concept of topology. Although it is a field of mathematics classified as functional analysis, it is also related to a wide range of fields, such as algebra, geometry and analysis.

The mathematician Leonhard Euler studied the infinite series composed of the reciprocals of real powers of natural numbers nas a function of s. Rewriting the series as an infinite product called Euler product, it became possible to use this function to investigate the nature of prime numbers.